A group of six high school students recently won the first ever Canadian CanSat satellite competition with a design that incorporated a FLIR Lepton. The team, advised by physics teacher Joe Muise, is from St. Thomas More Collegiate in Burnaby, British Columbia, and the win earns them a spot as Canada's representative at the European Space Agency's CanSat competition next fall. 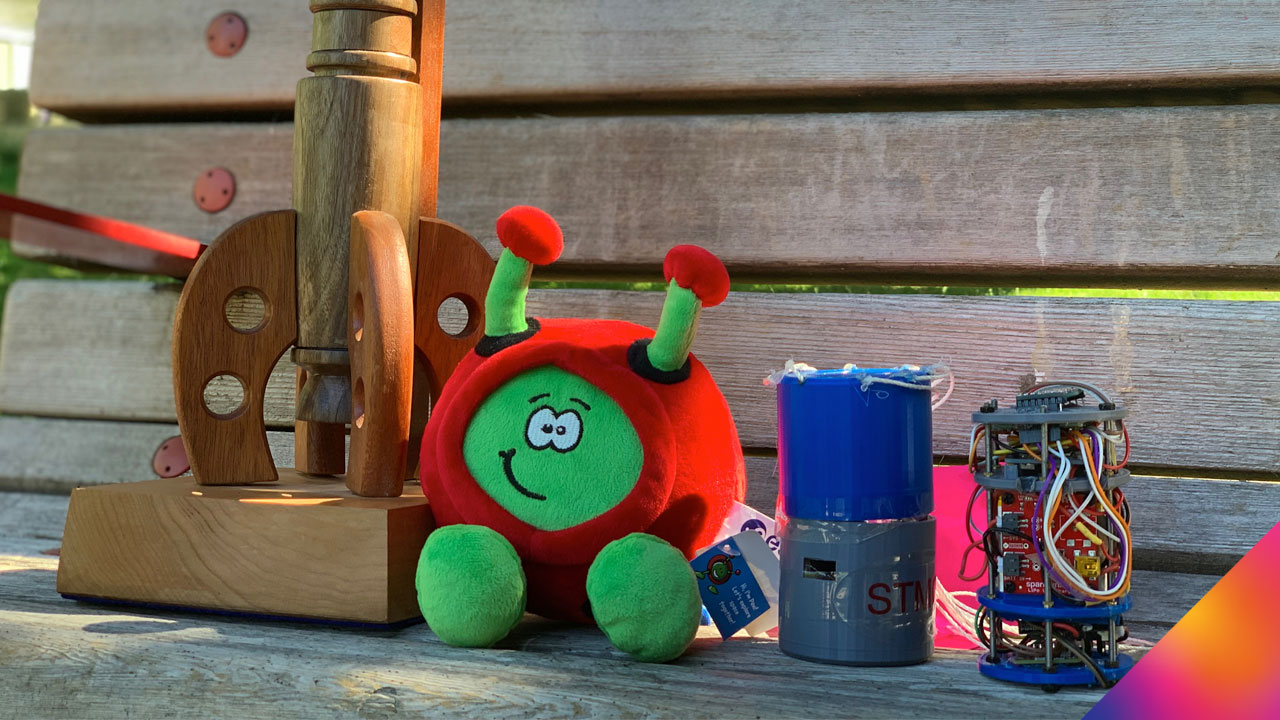 What is the CanSat Competition?

The CanSat competition teaches space technology and STEM principles to students through hands-on, experiential learning. The competition has been open to high schools and universities internationally since 1998, though 2020 was the first year it was offered in Canada.

A “CanSat” is a small simplified satellite the size of a soda can. The challenge is to fit all the major subsystems found in a satellite—including power, sensors, and a communications system—into this small volume. The CanSat is then either launched by a rocket, or in this case, dropped by a helicopter from an altitude of approximately one kilometer. 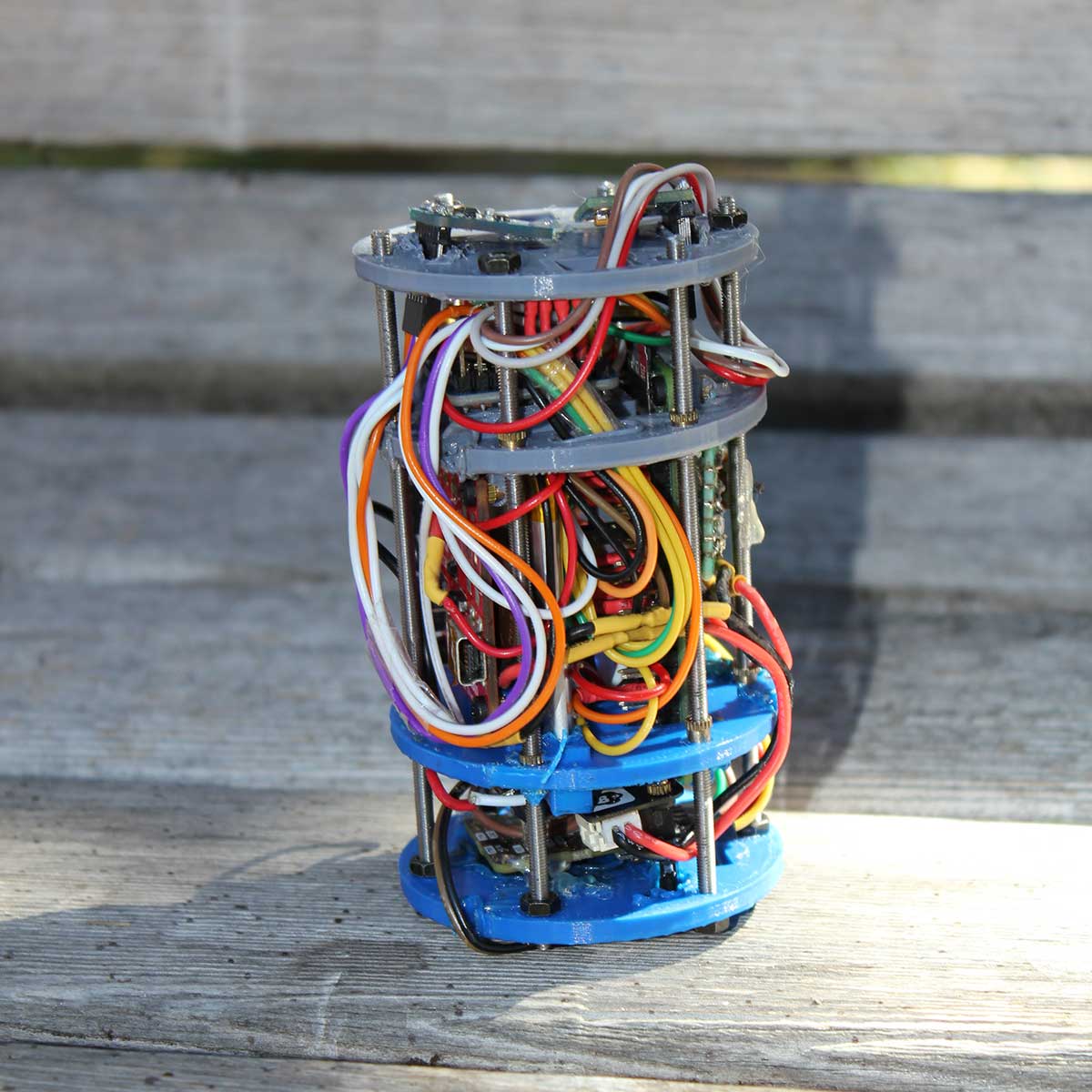 The internal structure of the CanSat, which was fit into a 3D-printed external shell before launch.

During descent, the CanSat collects and transmits data. Every team has the same primary mission of recording temperature and pressure data, but choose their own secondary mission. “This year, my team decided they wanted to look at infrared imaging,” says Muise.

The six students, who were in grades 11 and 12 during the competition last year, were inspired to incorporate thermal imaging after seeing a presentation from a local satellite company about how infrared is used to monitor forest fires and look under cloud cover. “That was the starting point,” Muise says. “Then they did some research on their own on what else they could use it for.”

Part of the project proposal required justifying the potential usefulness of the secondary mission. Besides wildfire management, the students saw further potential applications particularly in space exploration, as a preliminary method to detect geothermal activity when landing on a new planet.

When it came to designing the CanSat, the students took the lead. “I'm not so much the engineer, the students are,” says Muise. “I kind of guide them in the right place, and give them some ideas and try to connect them to experts in fields that will give them useful information.” Muise first posted the opportunity on an extracurricular science forum, attracting enough interested students to form a team with the skills needed to design a satellite.

Thermal image taken by the CanSat during descent.

Not only does the CanSat have size and weight limits, but there’s also a max cost of $750 CAD for materials. After researching infrared imagers, the students decided that a FLIR Lepton 3.5 was the best balance of image quality and price. “They wanted to find something that was in the price range that wouldn’t eat up our entire budget, but also be small enough to really not take up a lot of space in the can,” says Muise.

They installed the Lepton on the bottom of the CanSat so that it would be able to collect images as it fell back towards Earth.

Usually the finished CanSat is launched to a height of one kilometer by a rocket, but local geography made that difficult. Instead, competition organizers contacted a small local airport that was willing to shut down air travel for half an hour so that a helicopter company could take the CanSat up to the required height.

Canadian CanSat competition organizer Lawrence Reeves deploying the CanSat from an altitude of approximately one kilometer.

After launch, the students collected temperature, pressure, and humidity data, as well as infrared imaging at a rate of one frame per second throughout the whole mission. In the data collected, they were able to distinguish individual people in thermal from an altitude of 100 meters up.

The team was awarded first place in the inaugural Canadian CanSat competition, which earns them a spot as Canada's representative at the European Space Agency's CanSat competition in the fall (which will be running virtually this year).  The returning 11th graders are excited to take part in the competition again next year, and the graduating 12th graders are interested in pursuing fields like computer science and science marketing in the future.

“I think that this sort of experiential learning is really, really powerful for inspiring kids to go on in STEM fields,” says Muise.  “These are kids that are thinking about going into science, but really not sure what they want to do, and it really locks in and cements for them future career paths and inspiration for what they want to do later on.”