Sailors may not need to look out for bicyclists or pedestrians while on the open ocean, but that doesn’t mean there aren’t plenty of collision risks for boats to encounter. BSB Artificial Intelligence, a machine vision and artificial intelligence company based out of Austria, France, and Portugal, has developed a product similar to the FLIR Advanced Driver Assistance System, which helps drivers safely detect and avoid road hazards. Called OSCAR, this sea-based system uses FLIR thermal imaging technology to detect and avoid floating objects that might otherwise be difficult to see. 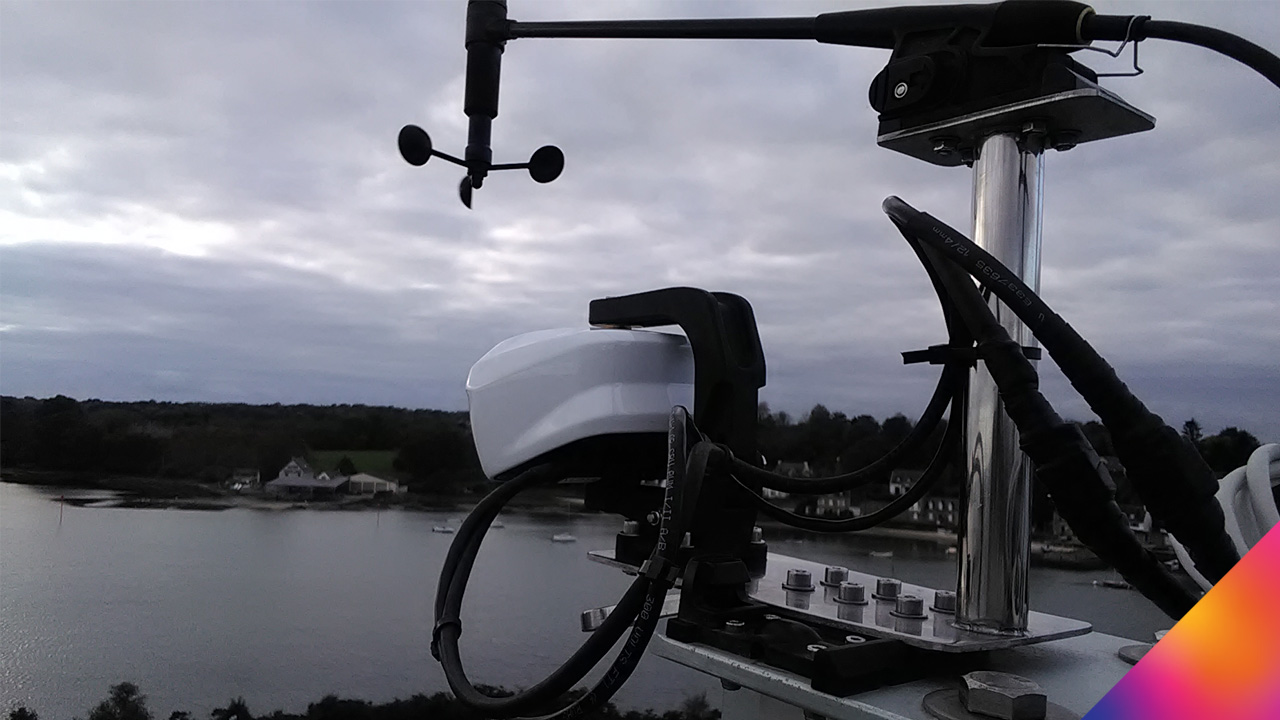 BSB AI specializes in machine vision in harsh and changing environments—exactly what’s needed to detect obstacles out on the unpredictable open ocean. Their flagship product, OSCAR, is based on an embedded RGB (visible light) and FLIR thermal camera system coupled with artificial vision and data analyzing algorithms. It helps sailors avoid collisions by identifying floating objects at sea, assessing the risk, and then sending out automated warnings.

Most OSCAR units are equipped with two FLIR Boson thermal cameras to provide a broad field of view. Patrick Haebig, Marketing & Business Developer at BSB AI, explains that the decision to include FLIR-brand thermal cameras in the system was based on the FLIR reputation for quality and reliability. When it comes to what is essentially safety equipment, every component of the system needs to be dependable.

Off to a Great Start with Offshore Racing

OSCAR was first developed with offshore sailboat racing in mind. “We put the bar quite high in terms of requirements,” Haebig explains, “because we wanted to satisfy race boat skippers first.” Well-known French racing stars like Jean Le Cam, Vincent Riou, François Gabart, and Armel Le Cléac’h provided their expertise during the development process to create a system that truly lived up to the expectations of top-notch sailors. 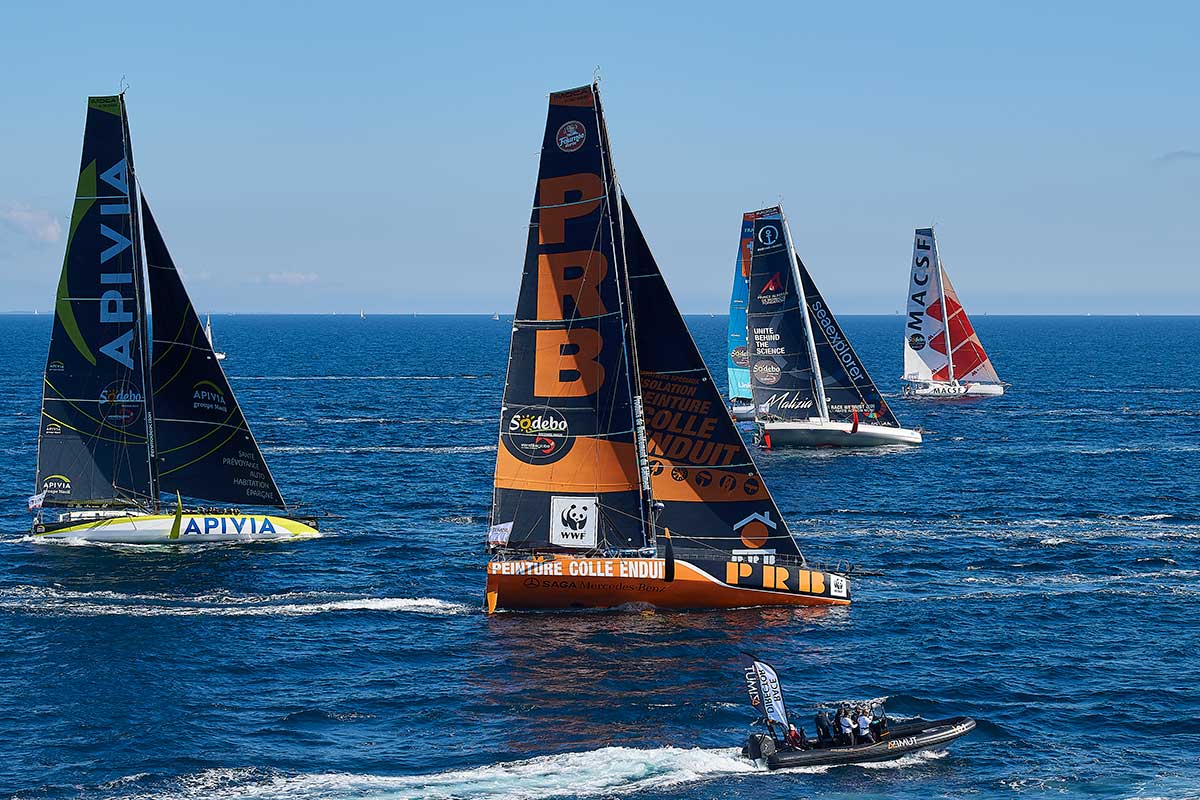 The system can weed out out the seaweed clumps and other false alarms that a boat might encounter, only sounding the alarm for an obstacle that might pose a real threat. “We will only want the skipper if there's really a collision risk,” explains Haebig. “We're trying to warn the skipper and the crew only when it gets dangerous.”

After the success of their racing series, the team launched the OSCAR ADVANCED series for the requirements of sailors outside of racing. Most units have been installed on sailboats, as the system requires a minimum height of installation to correctly calculate the distance of an object in front of the boat, but they are available for other types of boat as well.

Challenges of the Open Ocean

Most people might be more familiar with automatic collision avoidance technology designed for the road than for the sea. And in fact, OSCAR was invented by an automotive engineer. He realized there was an opportunity to transfer the technology between the automotive and maritime sectors and improve the safety of nighttime navigation on the water.

While the technology has similarities, collision avoidance on the ocean is a very different challenge than on the road. “We don't have all those things that you would have in a city around you,” says Haebig. “But on the other hand, of course, the sea always looks different. You cannot say this is a stop sign, this is a house, this is a tree. And the movement of a sailboat is not comparable with that of a car.”

Thermal image from the OSCAR app.

While stop signs and even cyclists have mostly fixed and easily discernible shapes, waves on the ocean could look like anything. “Think about a sea state that varies from, let's say, zero to 100 feet,” explains Haebig. “For a computer to know that it's still just water is quite hard. That's the challenge that took us way longer than we expected.”

The OSCAR system is continually learning, adding images from sailors to its database to better detect and classify what it sees. “Most of it will just be water in different shapes,” says Haebig. This added data will help OSCAR learn what water can look like—day or night, through fog, and in all its many different forms. “Testing and development is one thing,” says Haebig, “and then the real world just comes up with situations that you couldn't simulate before.”

Thermal imaging is key for not just detecting objects at night but detecting subtle temperature characteristics that may help differentiate an object from the surrounding sea. “Very, very, very tiny temperature differences can be actually triggering how the image looks,” explains Haebig. “For example,” he says, “a carpet of seaweed floating on the surface—OSCAR can see that.” Despite the fact that a substance like seaweed barely sticks out of the water—and may even be partially covered by water—the sensitivity of the FLIR Boson allows OSCAR to classify it.

Though there’s similar technology to OSCAR out on the water and on the roads, in many ways the BSB team is on the forefront of development. “It’s hard,” admits Haebig. “We're in the process of developing something that nobody else has,” he says, and that means there are no other companies in the industry they can compare problems with as the technology evolves.

Luckily the team seems up to the task. “It's a young team,” Haebig says. “They have less of a fear of trying things. In a development team, especially working in AI, you have to try stuff. Otherwise, you won't get ahead.” 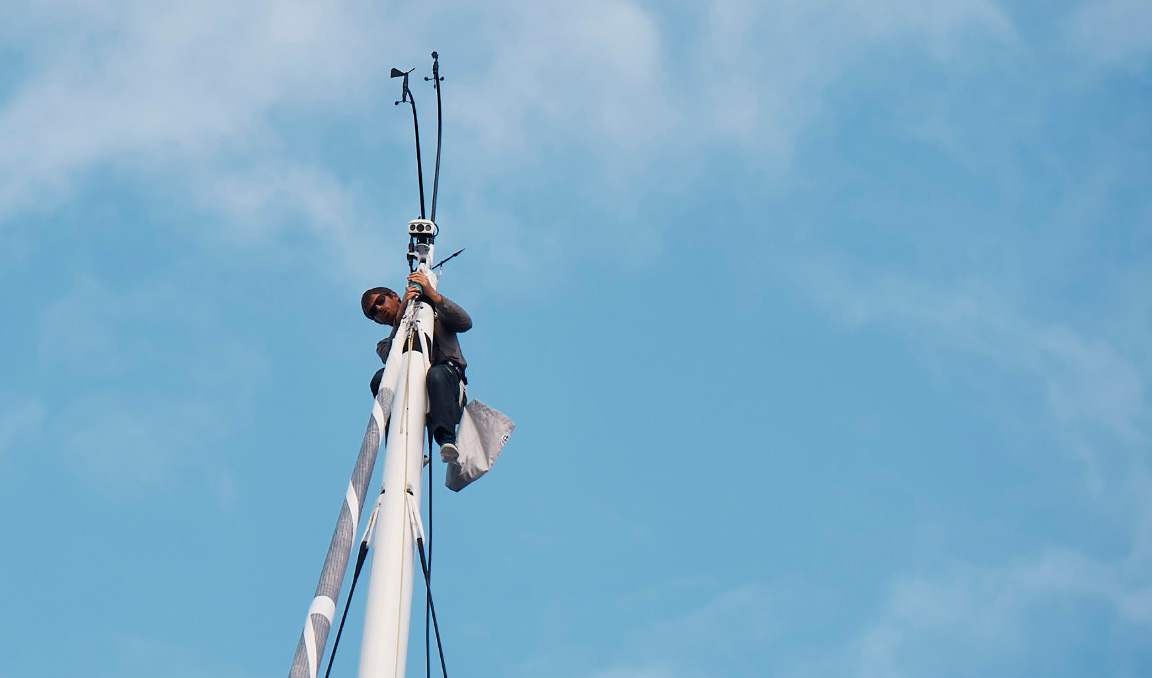 Several members of the team are sailors themselves, which helps them understand the requirements a sailor has on a boat, especially if they’re alone at the helm. “There are some things that are hard to think of if you never stepped foot on a boat,” says Haebig.

Though OSCAR is already being lauded by sailors, the team plans to continue pushing the limits. “Perfect is never reachable, because what is perfect?” remarks Haebig. “100% is something that you should never reach, because then it's the end of development.”

Asleep at the Helm? The Future of Collision Avoidance

OSCAR is a navigational asset that brings peace of mind, but not yet something a skipper can rely on to completely steer the ship by itself. However, as the technology develops, that could all change.

Just like the human brain, the AI is continuously learning. “We want to feed the AI as much as possible with images that we gather for users,” says Haebig. By improving the detection rate and keeping false alarms low, OSCAR will just get better and better at classifying objects.

Could we have a future where everyone on board is asleep, and an AI is steering the boat?

“In theory, it's possible already,” says Haebig. The biggest hurdles are liability issues and, of course, how much trust we’re willing to give to a machine, even a very smart machine. “But, I think, even if it's not like the fully autonomous ship,” he continues, “it will just bring so much peace of mind and comfort to people.”