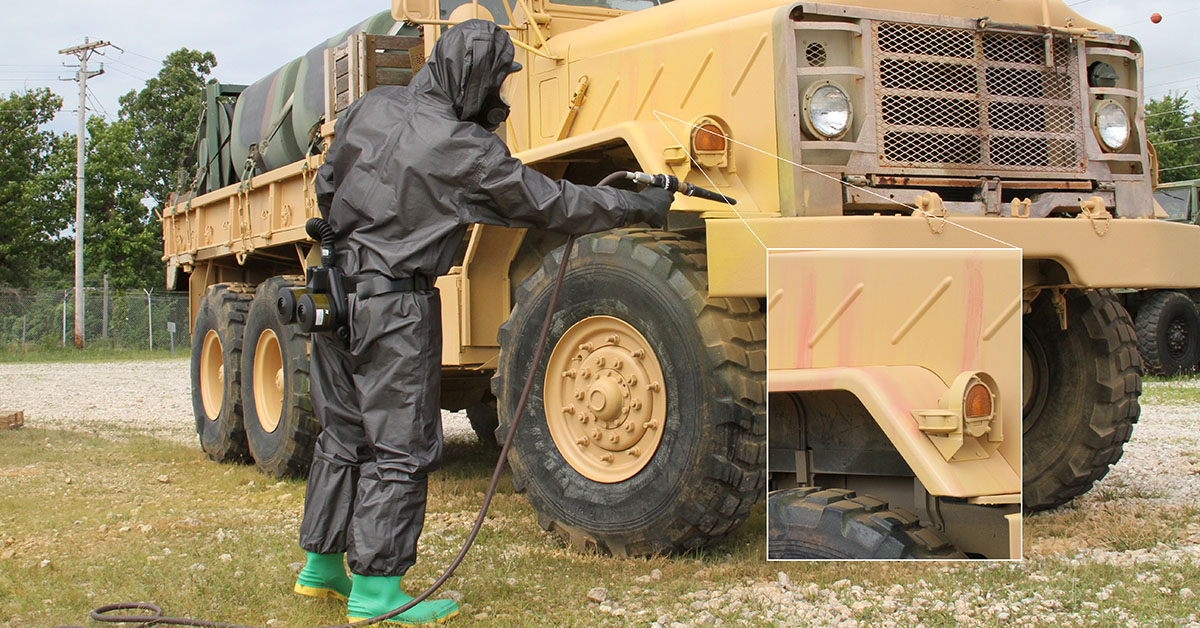 FLIR Agentase C2 spray quickly changes color on a surface if a chemical warfare agent is present. With faster and more targeted detection, military decontamination experts can locate trace levels of contamination on surfaces and precisely mitigate the threat.

“Blister agents like sulfur mustard and nerve agents such as VX and sarin are an ongoing concern to the military,” said David Ray, President of FLIR’s Government and Defense Business Unit. “Our Agentase C2 spray technology offers unprecedented performance, enabling rapid detection of highly toxic substances while reducing the lifecycle cost of decontamination operations. This new award underscores our strategy to provide mission-critical solutions that help protect personnel on the frontline and save lives.”

The contract will support the Army’s Contamination Indicator/Decontamination Assurance System (CIDAS) program, a “program of record” within the Joint Program Executive Office for Chemical, Biological, Radiological and Nuclear Defense (JPEO-CBRND). Work will be performed at FLIR’s Pittsburgh location.

The IDIQ award consists of a 30-month engineering and manufacturing development phase, followed by an 18-month low-rate initial production phase, and a 72-month full-rate production phase. Shipments are expected to begin in the first quarter of fiscal year 2020.

This is the second award issued to FLIR by JPEO-CBRND to support fielding of the Agentase C2 product line to the Joint Services under CIDAS. FLIR already is engaged on a $30 million contract to deliver its disclosure spray formulated for nerve agents such as VX and sarin. That effort is scheduled to enter full-rate production in first quarter of fiscal year 2020.