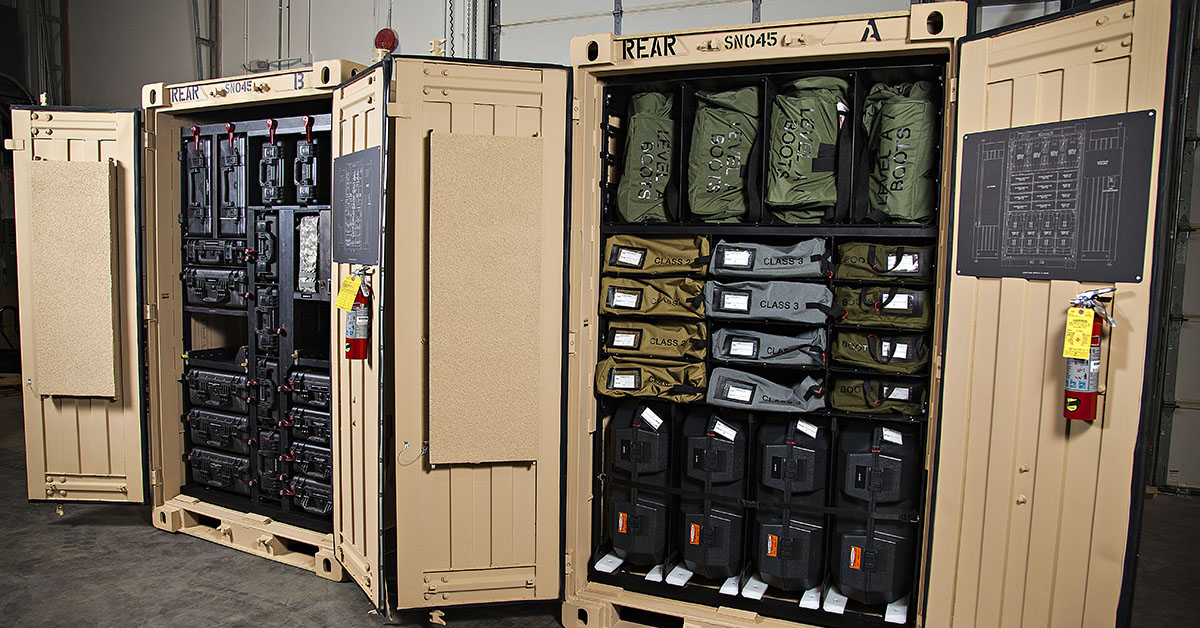 WILSONVILLE, Ore. – January 29, 2019 – FLIR Systems, Inc. (NASDAQ: FLIR) announced today it has received a delivery order for 24 U.S. Army Chemical, Biological, Radiological, and Nuclear Dismounted Reconnaissance Sets, Kits, and Outfits (CBRN DR-SKO) systems. The delivery order is under a five-year indefinite delivery, indefinite quantity (IDIQ) contract from the U.S. Department of Defense, in support of the Joint Program Executive Office for Chemical, Biological, Radiological and Nuclear Defense (JPEO-CBRND) DR-SKO Program of Record. The order is valued at $27.9 million, with deliveries extending through the third quarter of 2019.

The CBRN DR-SKO system is a set of mission specific kits that characterize and provide full spectrum CBRN dismounted reconnaissance capability utilized by the U.S. Military Joint Services, including units within the Army, Navy, Air Force, Marines, and National Guard Weapons of Mass Destruction-Civil Support Teams. The program initiated development in 2008 with FLIR Systems, Inc. as the prime contractor.

“Our field-proven DR-SKO solutions provide critical technology to help U.S. soldiers work more safely in their mission to ensure the well-being of our country,” said Jim Cannon, President and CEO at FLIR. “This order demonstrates the U.S. military’s confidence in FLIR to provide reliable products that ensure accurate analysis for safe and fast response measures to complete their very important mission.”

Since the Department of Defense awarded the original CBRN DR-SKO full rate production IDIQ contract in December 2014, FLIR has delivered nearly 200 systems. Production for this order will continue to be performed out of FLIR’s facility in Elkridge, Maryland.

Founded in 1978 and headquartered in Wilsonville, Oregon, FLIR Systems is a world-leading maker of sensor systems that enhance perception and heighten awareness, helping to save lives, improve productivity, and protect the environment. Through its nearly 3,500 employees, FLIR’s vision is to be “The World’s Sixth Sense” by leveraging thermal imaging and adjacent technologies to provide innovative, intelligent solutions for security and surveillance, environmental and condition monitoring, outdoor recreation, machine vision, navigation, and advanced threat detection. For more information, please visit www.flir.comand follow @flir.

The statements in this release by Jim Cannon and the other statements in this release about the contract and order described above are forward-looking statements within the meaning of the Private Securities Litigation Reform Act of 1995. Such statements are based on current expectations, estimates, and projections about FLIR's business based, in part, on assumptions made by management. These statements are not guarantees of future performance and involve risks and uncertainties that are difficult to predict. Therefore, actual outcomes and results may differ materially from what is expressed or forecasted in such forward-looking statements due to numerous factors, including the following: the ability to manufacture and deliver the systems referenced in this release, changes in pricing of FLIR's products, changing demand for FLIR's products, product mix, the impact of competitive products and pricing, constraints on supplies of critical components, excess or shortage of production capacity, the ability of FLIR to manufacture and ship products in a timely manner, FLIR's continuing compliance with U.S. export control laws and regulations, and other risks discussed from time to time in FLIR's Securities and Exchange Commission filings and reports. In addition, such statements could be affected by general industry and market conditions and growth rates, and general domestic and international economic conditions. Such forward-looking statements speak only as of the date on which they are made and FLIR does not undertake any obligation to update any forward-looking statement to reflect events or circumstances after the date of this release, or for changes made to this document by wire services or Internet service providers.