Inspecting electrical systems with infrared imaging cameras has been a vital part of keeping electrical generation, transmission, and distribution systems up and running for decades. The latest advances in drone imaging technology have elevated this application to a whole new level and seen increasing adoption. Let’s look at some of the things you need to keep in mind when considering how and why to do electrical inspections with a drone.

Why Use Thermal from Drones

Whether inspecting substations, switchyards, or transmission and distribution lines, there are scores – if not hundreds – of connections, fused disconnects, insulators, splices, dead ends, and more that need routine inspection. Checking these from a drone has two primary benefits – speed and safety. Drone inspections let crews quickly scan large areas to find potential issues that need to be investigated further, and they keep crews safely out of range of energized equipment. Figure 1.  Thermal cameras can add speed and safety to electrical inspections with features such as isotherms

Qualitative or Quantitative: Which way to go?

As discussed in previous editions of this DELTA Solution Series, there are two basic types of thermal inspections: qualitative and quantitative. A qualitative inspection is one in which the drone thermographer is looking for thermal anomalies – differences in heat energy that shouldn’t be there. For instance, if inspecting three-phase power lines, and the inspector knows the lines are under a balanced load, they should all look similar. If, however, one phase shows an elevated amount of heat at a connection point, that connection should be further investigated to determine the root cause of the elevated heating. For instance, this heating could be cause by a loose or corroded connection.

Qualitative inspections can also find issues by detecting a lack of heating where some should exist. For example, if an oil-filled transformer’s cooling tubes have a cool area where the rest are more-or-less uniformly heated, that could indicate something like a low oil level, or something keeping the oil from circulating properly such as a blockage or a bad pump.

These two examples are considered qualitative because no temperature measurement is required to indicate a problem – the difference in heat is indication enough that there is a thermal anomaly that requires further investigation. 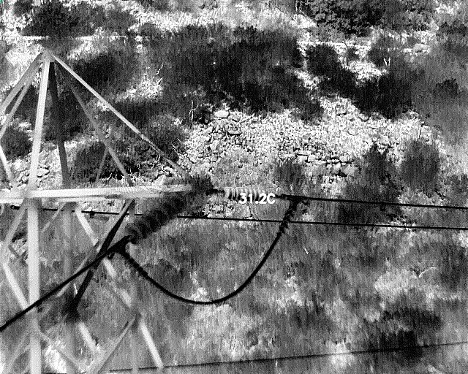 Figure 2.  Compensating for emissivity and Trefl can be challenging in utility inspection

Some utilities, however, have developed standard emissivity values to use for thermographic inspections, so check to see if this level of standardization exists within a given program.

It should be noted that qualitative and quantitative inspections are both valid forms of thermography – neither is more legitimate than the other, and both have value. There is a truism in thermography called the 90/10 rule, meaning inspectors can often get 90% of the information required with 10% of the effort with a qualitative inspection. For that that extra 10% of information needed for a quantitative value, it will require the extra 90% of the operator’s time and effort. Whether or not producing a true temperature is worth the extra time and effort is a decision left up to the individual thermographer and the goals of the inspection.

There are a few other things drone thermographers need to keep in mind while planning and conducting inspections of overhead electrical equipment. When trying to capture true temperatures – beyond the component’s emissivity and reflected temperature – something that is imperative to factor in is the camera’s measurement spot size.

For a variety of reasons, infrared cameras can’t accurately measure the energy detected on a single pixel. This primarily comes down to optical diffusion from the lens. If a single pixel’s worth of energy passes through a lens it will be diffused slightly so that it strikes a few adjacent pixels, effectively decreasing the apparent intensity of that radiation. Because of this, any infrared camera by its very nature requires a minimum number of pixels on target to achieve an accurate temperature measurement. This number can vary between camera models, but it is often a four-by-four pixel area that is shown on screen by a circular reticle. Most common drone thermal cameras show a reticle on screen, but this is just a graphic highlighting a single pixel and does not indicate if the camera is close enough to the target of interest to fill the required number of pixels with that target’s energy.

The flip side to measurement spot size, which is just a complex way of telling whether the camera is close enough to the object of interest to capture a reliable temperature measurement, is the safe approach distance. This will vary from one utility or inspection company to another, and is the closest the operator – or your drone – are allowed to come to energized lines or equipment. Be sure to find out what the safe approach distance is and abide by that restriction.  Consider these restrictions when selecting a thermal camera as some thermal payloads, including the FLIR SIRAS, provides a 5x zoom, are better equipped to provide measurements from a greater distance. Digital zoom enlarges a portion of an image, stretching the pixels, and do not put more pixels on a specific item in the scene. 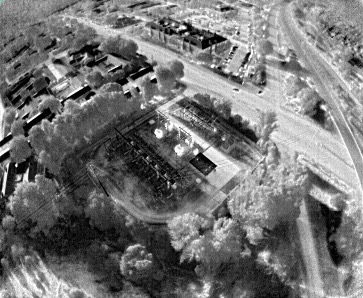 The speed and efficiency of drone thermal inspections make them an obvious choice for most utility and energy companies, but there are many options to consider regarding how you go about them. For the best results, consider whether the mission requires qualitative or quantitative data, and whether the equipment and operating limitations will allow the inspector to capture that data accurately.