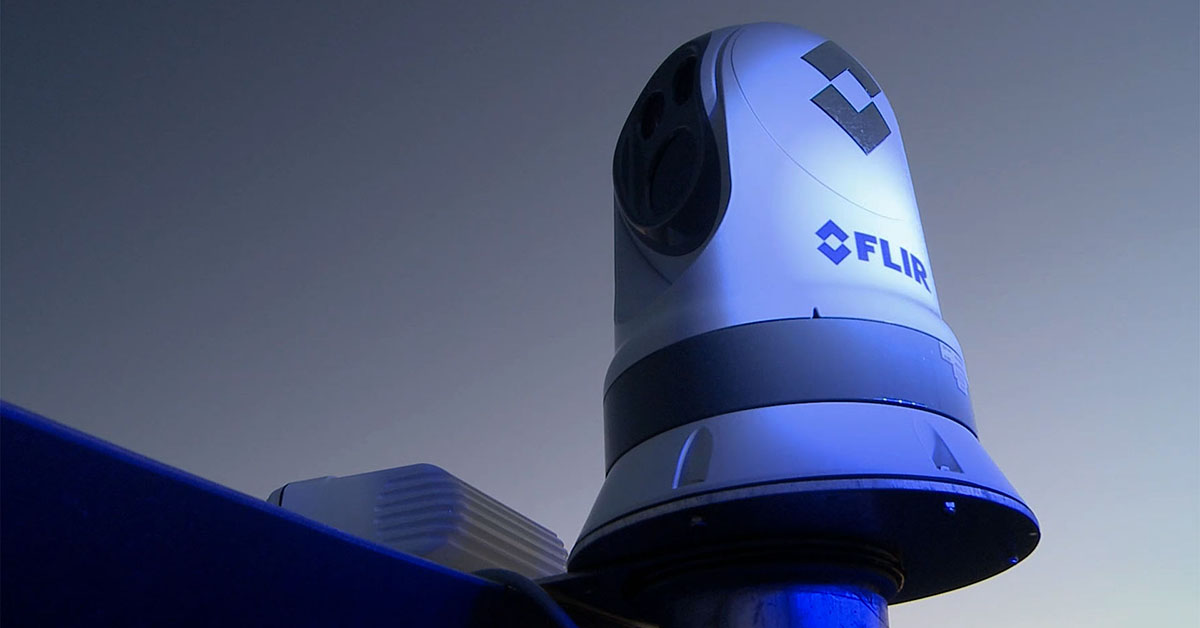 In addition to improved port safety, thermal-enhanced search and rescue operations, and amplified situational awareness, the FLIR M400 saves the Port Authority money, helping them avoid costly log strikes.  The port is situated along British Columbia’s rugged, forested coastline and the extreme 25-foot tides frequently bring fallen trees off the shoreline and into navigation pathways.  Using the M400, the crew of the Charles Hays easily identifies these floating log hazards.

“We trust FLIR and Raymarine products. The technology is above and beyond anything I’ve seen. It’s easy to use and the imaging is very prominent. You know exactly what you’re looking at,” said Bernie Egan, Supervisor, Marine Operations, Prince Rupert Port Authority.

Always investing in equipment to make the harbor safer and more secure, Egan noted that the Port Authority will take delivery of a new 60-foot patrol boat in 2018, which will feature a FLIR M400XR multi-sensor thermal camera.  Engineered for first responders, the M400XR is equipped with FLIR video tracking technology, allowing the crew of the Charles Hays to keep a watchful eye on any object or vessel of interest.  The M400XR also features a unique firefighting mode that will allow the crew to survey the scene of a fire and identify any hot spots using a firefighting-specific isothermic color palette.

If you are first responder and want to learn how FLIR technology can amplify your awareness on the water, contact our maritime thermal experts.