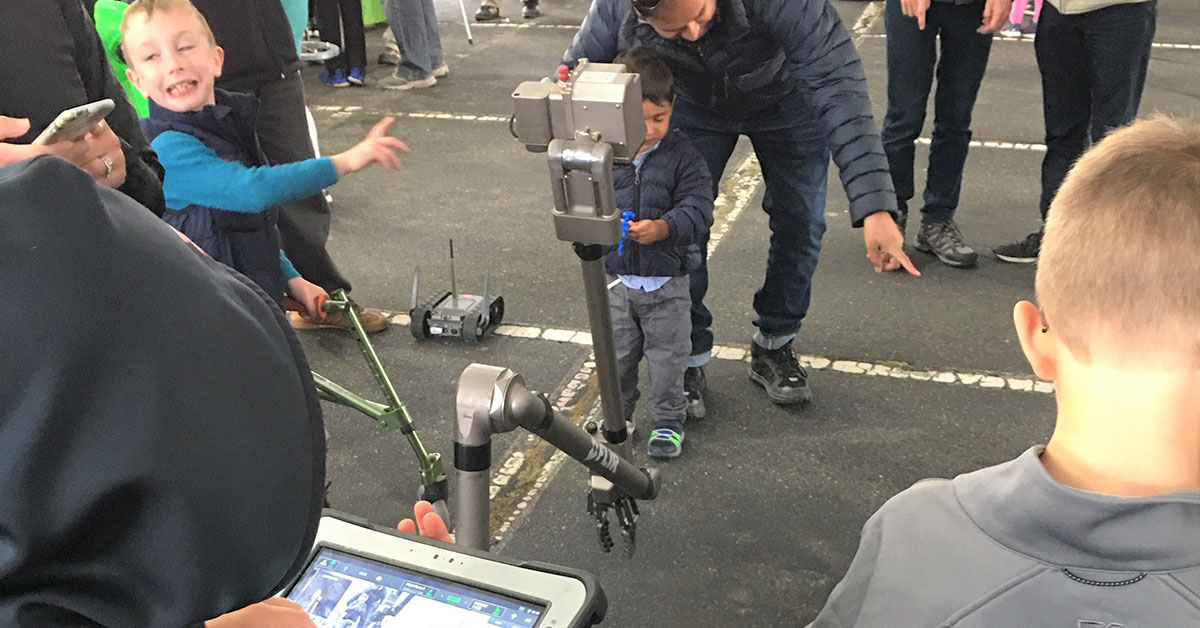 On a warm fall Sunday in Boston, eight FLIR-Chelmsford employees trekked into the city’s Seaport District to volunteer their time at the third annual Robot Block Party, celebrating Massachusetts STEM Week. Hosted by industry collaborative Mass Robotics, the free event brought together more than two dozen robot makers to showcase their unmanned gadgets for nearly a thousand attendees. Joining FLIR Systems in the festivities were such well-known names as iRobot, Boston Dynamics, and Ava Robotics, along with several local universities and non-profit research groups. 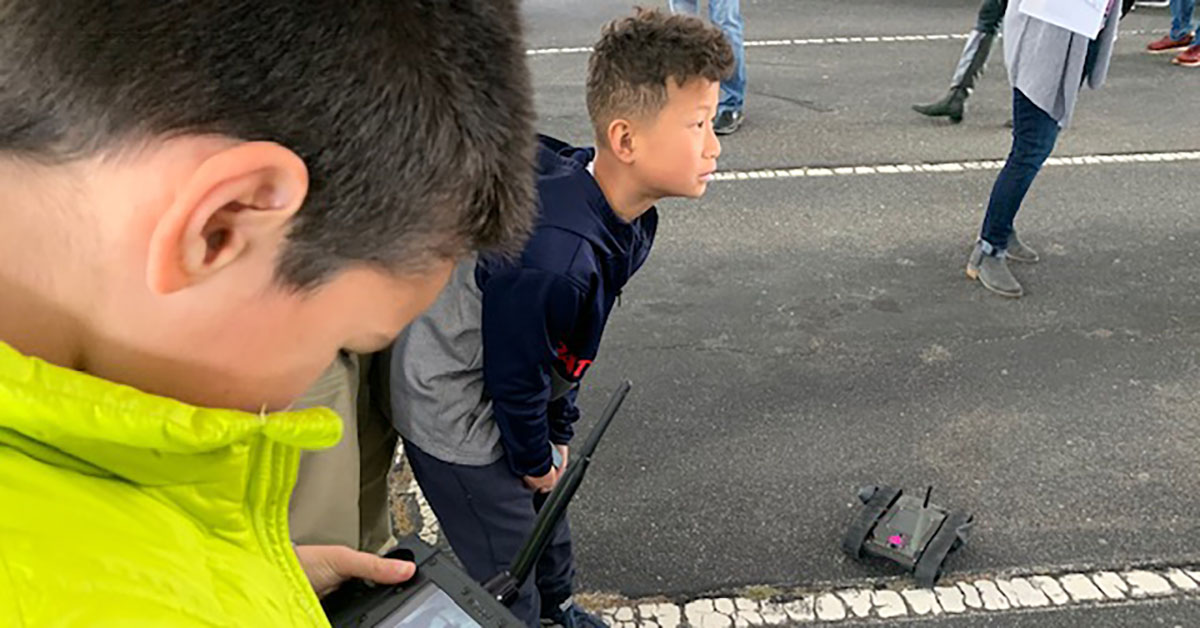 With an imposing backdrop of large cruise ships anchored at nearby Black Falcon Terminal, the FLIR team set up shop inside the exhibitor tent and demonstrated the FLIR FirstLook, SUGV and PackBot Unmanned Ground Vehicles (UGVs). Employees, ranging from long-time staff to relative newcomers, spent the day explaining our robots’ many impressive features and capabilities, to the delight of excited visitors. Young spectators were especially keen to try their hand driving the zippy FirstLook or controlling the long-armed PackBot. 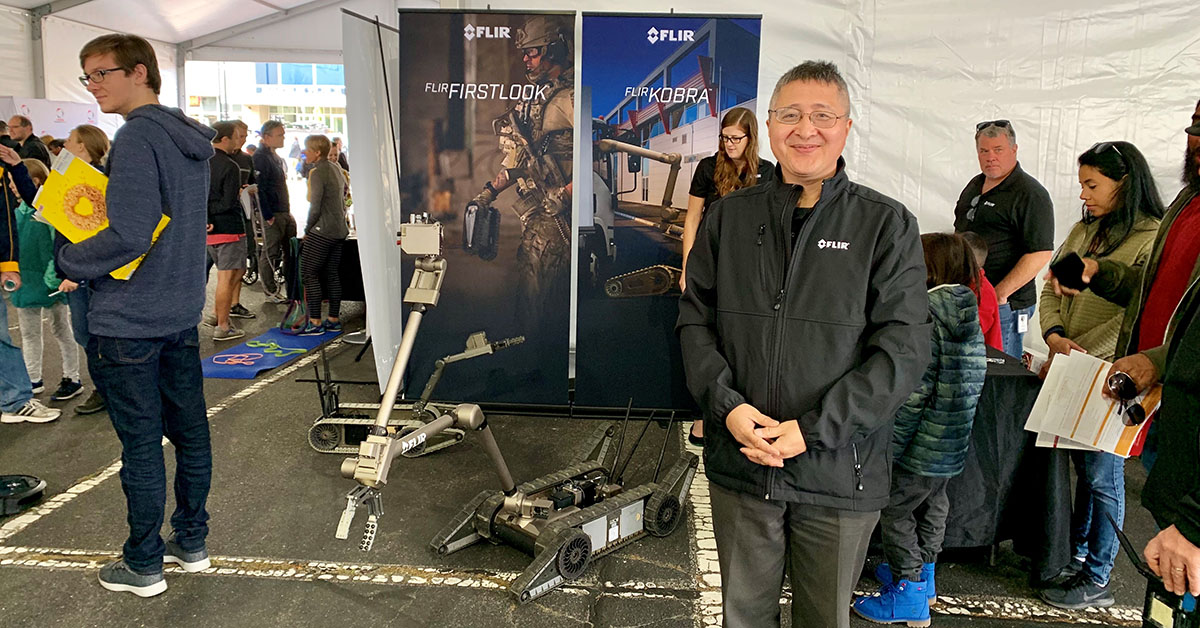 “I had a great time,” said Whitney Dudzik, FLIR Software Engineer, based in Chelmsford. “We had a lot of traffic, with tons of kids wanting to play with the controls, plus many adults and students genuinely interested in our robots and opportunities to work for us.”

“We do a lot of STEM-related support in the community, either as a company or as individual employees bringing robots to a school science fair, Boy Scout or Girl Scout gathering, or to more organized events like the Block Party,” said Phil. “It’s such an easy way to spark the imagination of our future scientists and engineers.

“And to see a young person’s eyes open wide when our robot does something unexpected is the coolest thing.”