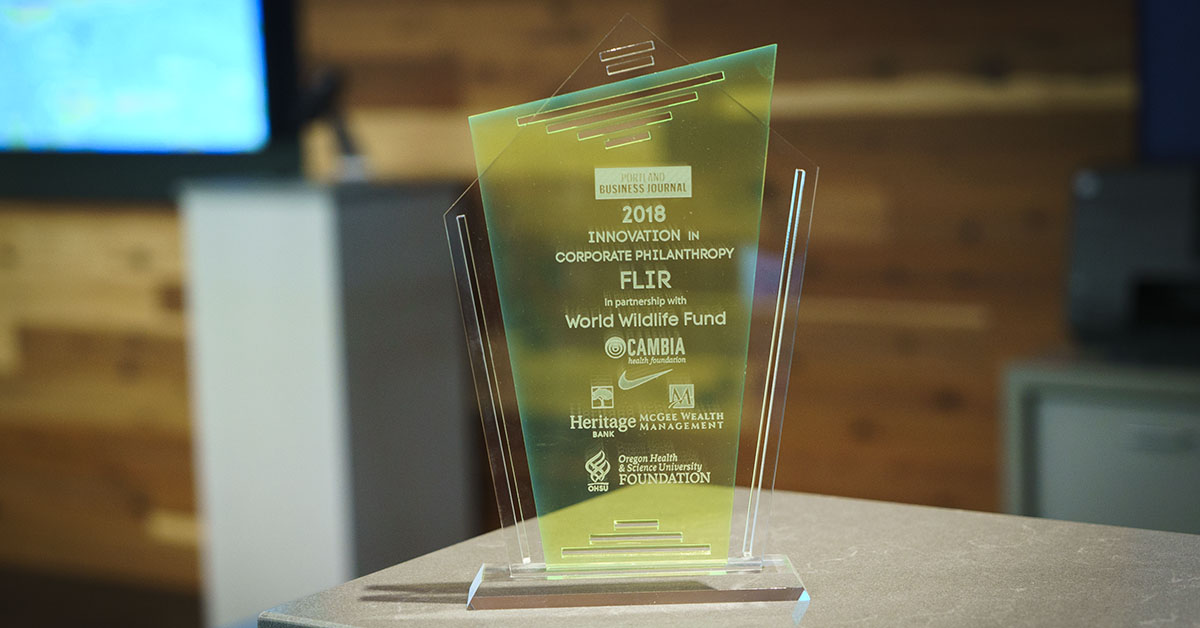 The news outlet honored the 10 companies in four different revenue categories who displayed exemplary philanthropic practices in developing an innovative and unique partnership between companies and non-profits.  FLIR was recognized for its work in innovation.

FLIR has been collaborating with the WWF’s Wildlife Crime and Technology Project to fight illegal poaching in Africa. By equipping rangers and installing FLIR thermal imaging technology, FLIR and the WWF have made strides toward reducing this rampant poaching problem.

Since the beginning of this project, successful testing at the Mara Conservancy in the Maasai Mara National Reserve has led to over 100 arrests and more widespread deployment of FLIR thermal imaging cameras at parks and on private land across Kenya and in other African Nations.

Thank you to the Portland Business Journal for this recognition. Most importantly, thanks to the WWF and the rangers on the ground fighting this battle. You are the true heroes.

To learn more about our work with the WWF, please visit FLIR.com/WWF.