Traffic jam statistics for the city of Moscow are not very encouraging, to say the least. In order to tackleits heavy traffic congestion problem, the city of Moscow recently started with the development of anIntelligent Transportation System. To smoothen the traffic flows along signalized intersections, Moscowcalled upon the expertise of FLIR Systems. Over 3,000 TrafiCam x-stream vehicle presence sensors willmake sure traffic signal cycles are adapted to the actual traffic.

Moscow is among the largest urban centers in Europe, with up to 16 million people during the day, and a large number of cars, about 6 million, which is also growing rapidly. This results in very high traffic density. Recently, the city of Moscow has been ranked number one in a congestion index of the world's major cities. The average time it takes to get from one point to another during rush hour is not only increasing, Moscow also has the highest percentage of delays versus other cities, with Istanbul, Warsaw and Marseille being the three other most congested towns after Russia's capital. 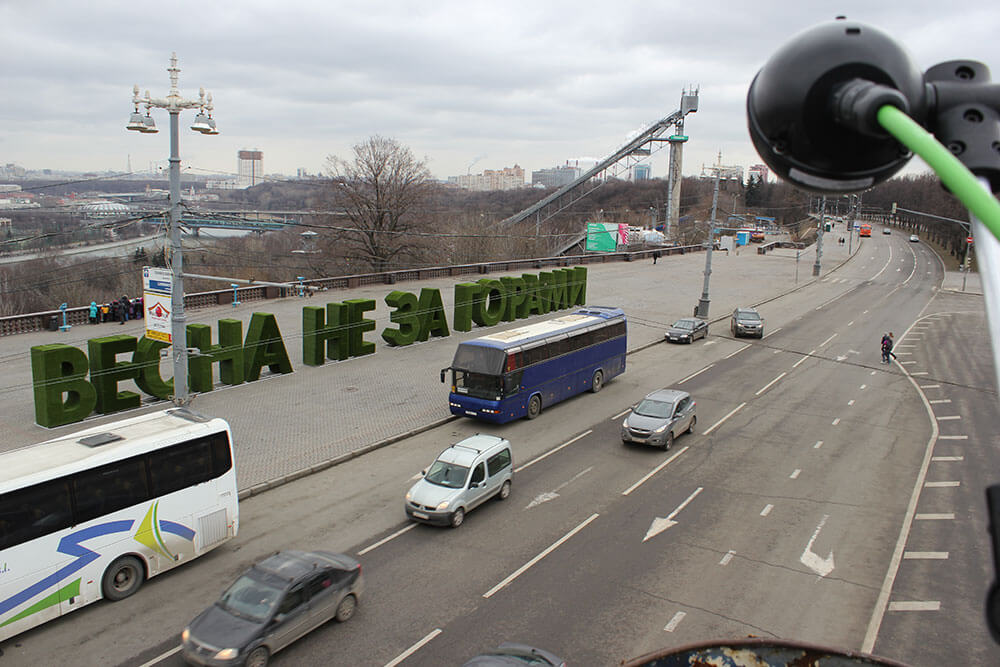 In order to tackle this problem, Moscow city authorities mandated the creation of ITS Moscow, a joint project between the federal government and city officials aimed at fighting Moscow traffic jams. Approximately 200 million euros is planned for investment in ITS as part of the project, which is expected to last through 2015. ITS Moscow includes the development and maintenance of an Intelligent Transport System (ITS) which should reduce major transport problems and traffic jams in Moscow. Officials hope the system will reduce traffic by more than 20 per cent.

An important part of the ITS Moscow program is the creation of so-called smart intersections, where smart sensors from FLIR Systems are monitoring the city traffic. More than 3,000 TrafiCam x-stream vehicle presence sensors are installed at various busy road junctions controlled by traffic signals. With four TrafiCam x-stream sensor units per intersection, FLIR’s technology caters for the efficient operation of more than 750 intersections. By detecting both waiting and approaching vehicles, these intelligent all-in-one cameras will be used for the optimization of traffic signal timings. As such, FLIR’s TrafiCam x-stream sensors will help cut down waiting times at traffic lights. “Based on the information coming from the TrafiCam x-stream sensors, this state-of-theart system can alter traffic signal cycles in real time to respond to changing traffic conditions,” says Artem Kryvobok, International Business Development Manager at FLIR Systems. “Once fully operational, the total amount of FLIR sensors is expected to significantly cut down waiting times at the Moscow traffic signals.”

The TrafiCam x-stream vehicle presence sensor combines a CMOS camera and video detector in one single unit. The integrated sensor is an affordable solution for the detection and monitoring of moving and stationary vehicles at signalized intersections. Via detection outputs or via IP protocol, vehicle presence information is transmitted to the traffic controller so that signal timing can be adjusted dynamically. This way, vehicle waiting time at traffic lights is reduced and traffic flows are optimized. The smart TrafiCam x-stream sensors are a reliable alternative to inductive loops. The FLIR TrafiCam series allows traffic operators to exactly position and verify the vehicle presence detection zones. Since these zones are displayed on a video image, they can easily be repositioned in case of changing traffic situations.

TrafiCam x-stream is an IP-addressable device that provides MPEG-4 or H.264 color streaming video at full frame rate to the control center for general intersection surveillance.

“A pilot project with TrafiCam x-stream sensors from FLIR Systems was already carried out in the streets of Moscow in 2012,” says Artem Kryvobok. “After thorough evaluation by the project authorities, the TrafiCam x-stream was rated as the best technology solution. The FLIR sensor managed to provide good detection results, even in the heavily polluted conditions of Moscow. Due to high degree of vehicle emissions, the traffic camera lens can get dirty, which can jeopardize the detection. Fortunately, TrafiCam x-stream had no issues with that.” Moscow City authorities also valued the ability to visualize the camera streams in the traffic management control room. TrafiCam x-stream is an IP-addressable device that provides MPEG-4 or H.264 color streaming video at full frame rate to the control center for general intersection surveillance. A user-friendly web interface allows the control room operators to manage their video sources online.