The future of validating and improving aerospace and autonomous vehicle design relies on hardware in the loop (HWIL or HIL) testing. This approach involves connecting a control module—for example, a missile guidance, navigation, and control—to software that generates a simulated environment that “tricks” the control module into acting as though it’s engaging with a real environment. This allows R&D teams to run hundreds or thousands of varying test scenarios without the costs, time, or potential risks associated with field testing. HWIL testing as it is applied to hypersonics research applications requires bleeding edge technology, and Chip Design Systems is leading improvements in the area of infrared scene projectors for these tests.

Chip Design Systems (CDS for short) designs IR projectors that produce scenes made of IR light to run simulations for IR sensors—sort of like a VR headset for machines. CDS’s primary clients are government agencies; the projectors they create for these contracts must reach an astounding level of accuracy to meet their customers’ needs, often having to produce simulations for targets moving at supersonic speeds. To give a comparison, the average consumer monitor projects an image around 60 to 120 hertz while CDS’s projectors can display scenes at a rate of 50,000 hertz. On top of the high framerate, CDS can simulate temperatures exceeding 1000 Kelvin and at a resolution up to 2000 × 2000. 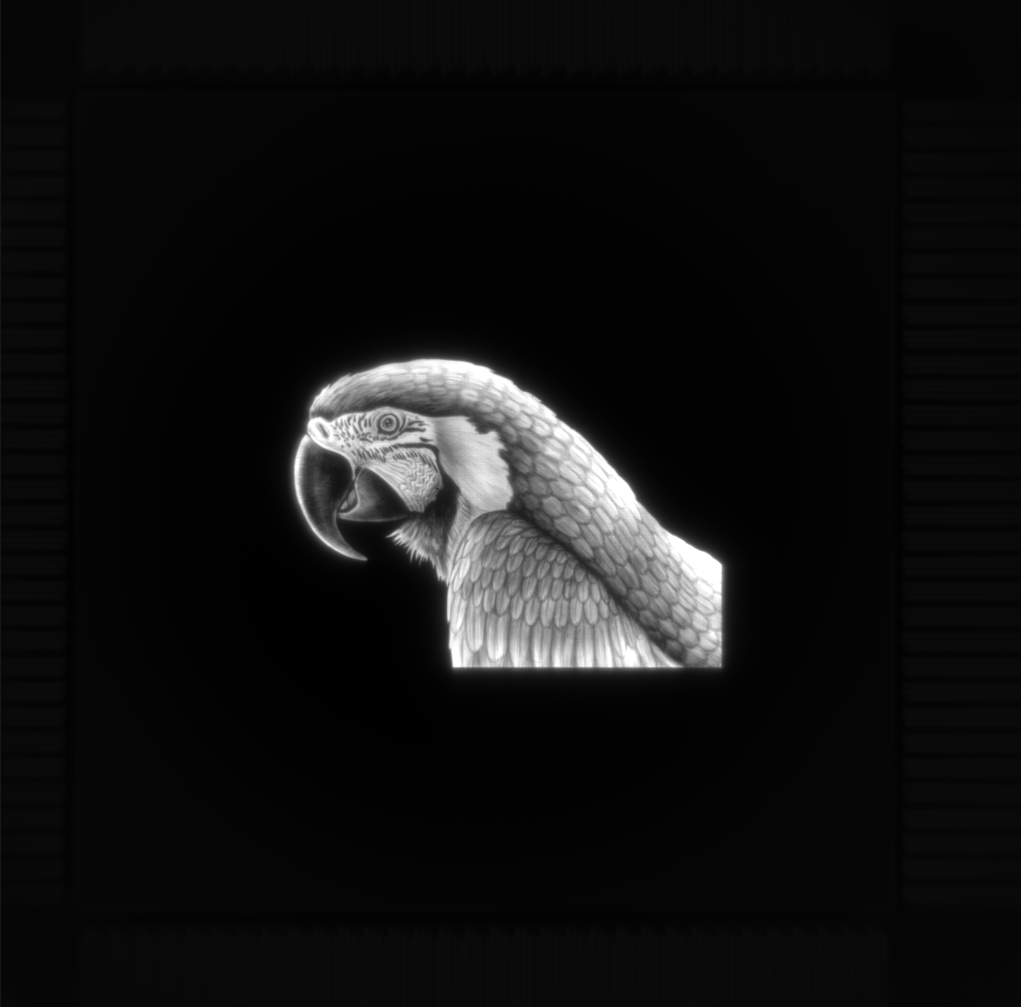 The capabilities of CDS’s IR projection are clear but testing them poses a challenge: neither the human eye nor non-military grade cameras can capture all the data the projectors emit. To make sure the projectors work properly, CDS needed something capable of capturing as much IR information as their projectors can emit. Their solution was high speed, high-definition infrared science cameras from Teledyne FLIR (i.e., X-Series models). 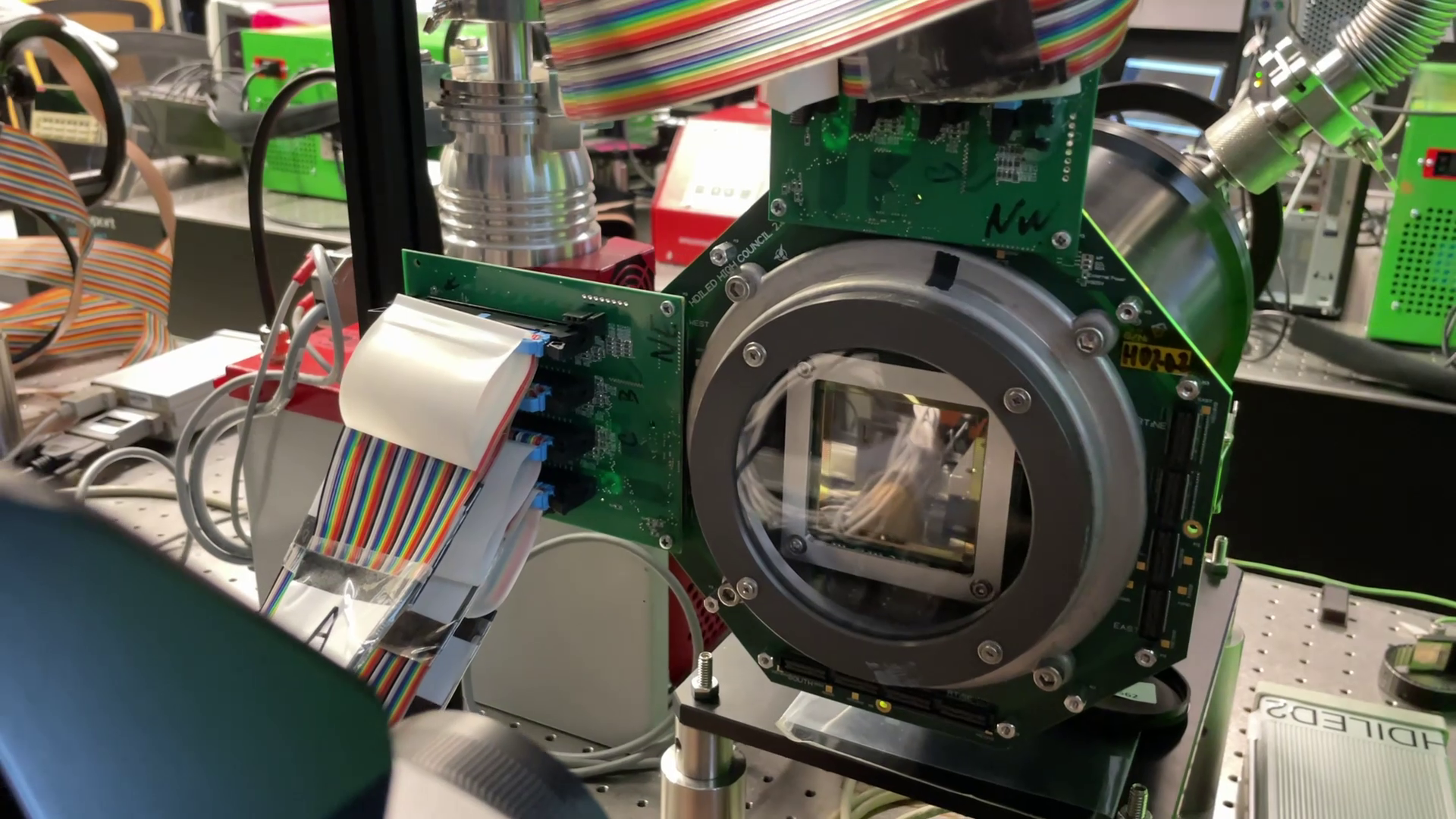 One of CDS IR LED displays, a 2 in2 chip that can display 2048 × 2048 pixel imagery. The current largest LED scene projection system in the world.

CDS frequently runs tests in their lab to make sure the emitters are working correctly and push performance further. These tests involve aligning the FLIR camera with the emitter to capture the light and then, using FLIR research application software (ex. Research Studio), controlling the camera settings to optimize the capture and display the resulting imagery. To guarantee repeatability, CDS has also developed their own code by leveraging the FLIR Science Camera SDK to automate the testing process and avoid human error from camera operation. 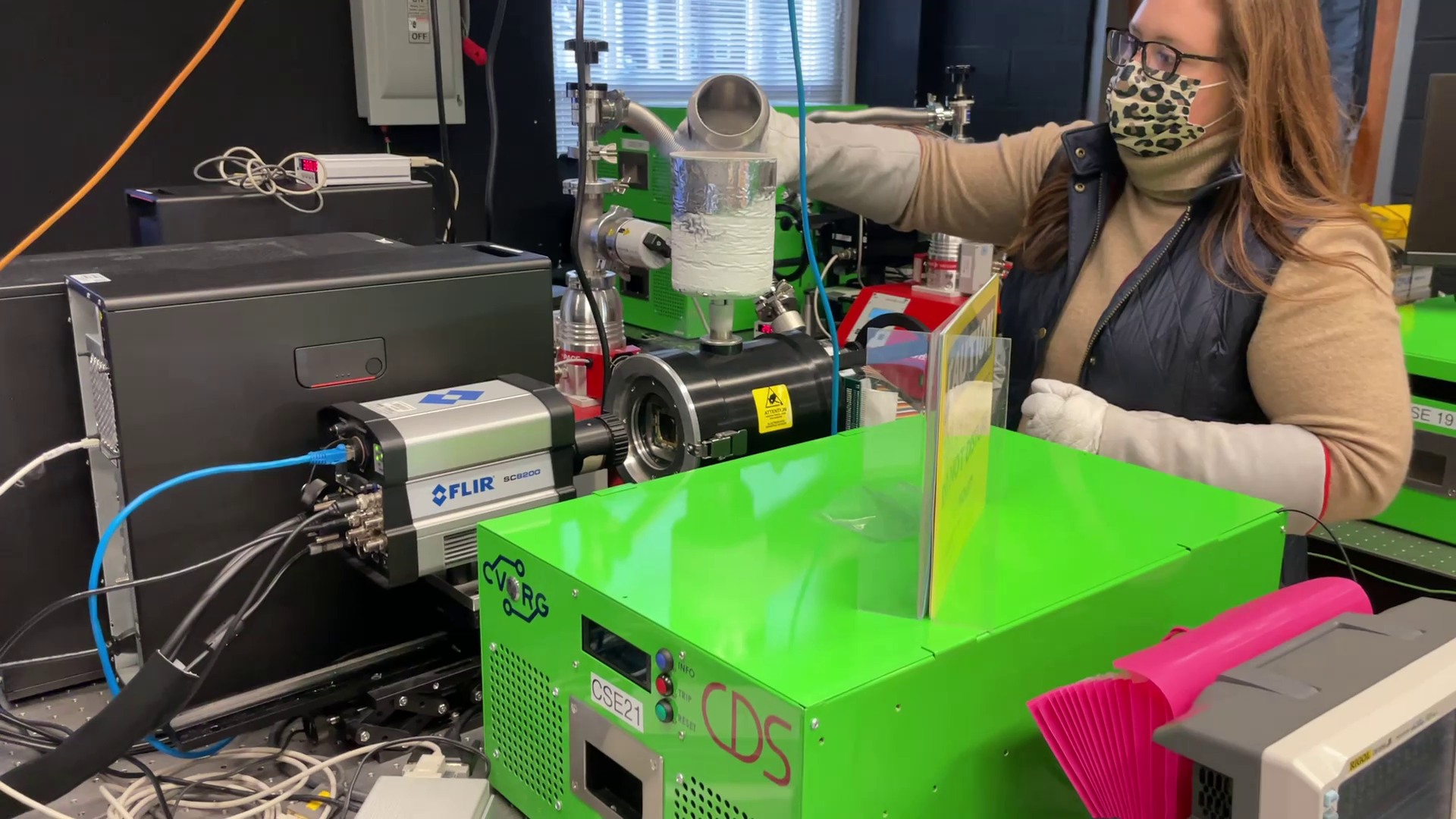 CDS testing one of their projector systems with a FLIR SC8200. This specific projector system uses liquid nitrogen to perform at optimal levels. An equivalent FLIR model would be the FLIR X8580, a cooled midwave HD camera that can reach frame rates of 181 Hz.

“With the help of FLIR products, we are able to demonstrate HD resolutions, hypersonic frames rates, and hot apparent temperature of our IR projector system to our end users and customers,” says Fouad Kiamilev, CTO of Chip Design Systems.

One feature that particularly stood out to CDS was the camera’s ability to perform non-uniformity correction, NUC for short, on the images from their projectors. Performing NUC in the FLIR camera help CDS catch the occasional blemish in a scene or a faulty emitter. With the combination of the camera’s high resolution and non-uniformity correction, CDS can check every pixel in a scenes image to verify their projector is emitting accurately.

A Teledyne FLIR customer since 2010, Chip Design Systems currently owns four IR cameras in their lab with plans to implement more in the future. Kiamilev says that CDS is aiming to drive projector performance even further in the future with higher resolutions, faster frame rates, and lower costs.