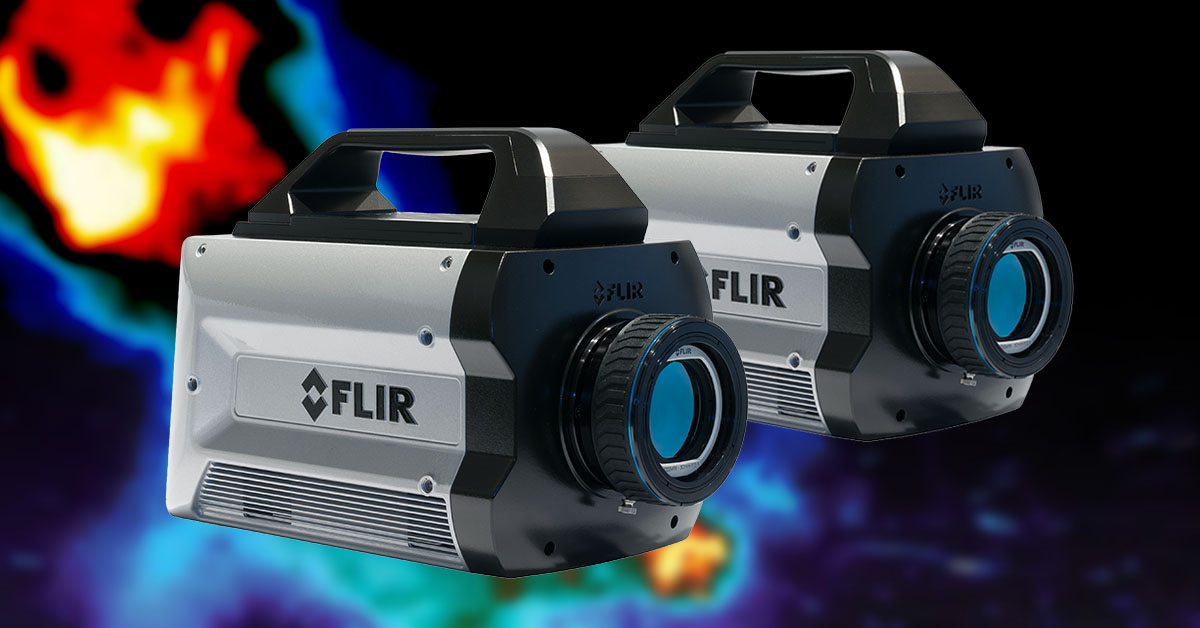 The new thermal cameras are based on FLIR’s highest-speed, midwave thermal camera models, the X6900sc and X8500sc. The addition of SLS detectors to both cameras allows for wider temperature ranges as well as exposure times that are 12x faster than their midwave counterparts. FLIR then combines these new high performance detectors with common high-speed camera features, such as on-camera recording and advanced triggering, to offer a high-speed thermal camera that is a perfect fit for applications such as munitions, ballistics, and range tracking applications.

Here is more detail on each camera:

This high-speed longwave thermal camera captures full-frame 640x512 thermal images at 1004 frames per second, at temperatures up to 3000 degrees Celsius. The FLIR DVIR™, a removable storage device that comes standard with the X6900sc SLS, saves up to 26 seconds of data to on-camera RAM without dropping frames. Couple this with advanced triggering options and a four-position filter wheel with auto filter recognition, and this camera offers the functionality to meet the most demanding high speed thermal applications both in the lab and at the test range.

The X8500sc SLS records up to 181 frames per second of full 1280x1024 HD thermal imagery. This camera also features the FLIR DVIR which saves up to 36 seconds of data to on-camera RAM without dropping frames, and can measure temperatures up to 3000 degrees Celsius. The X8500sc SLS streams high-speed, 14-bit data simultaneously over Gigabit Ethernet, Camera Link, and CoaXpress for live viewing, analysis, or recording.

The FLIR X6900sc SLS and FLIR X8500sc SLS are available now for orders through established FLIR sales channels. For more information on these cameras, please visit flir.com/X6900sc or flir.com/X8500sc.