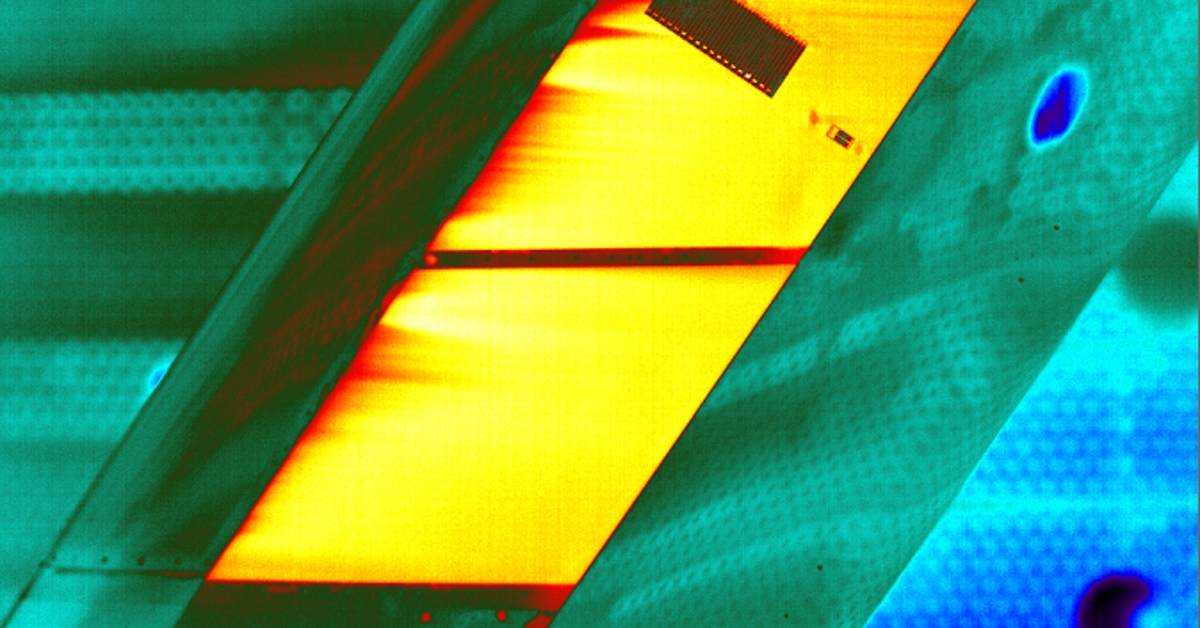 Aircraft Research Association (ARA) is a UK-based aerodynamics research institute working on innovative projects for the world’s major commercial aircraft and defence manufacturers. It recently set out to test a long-term theory that could make long-haul flights more efficient as countries move towards net zero.

ARA wanted to test out its Hybrid Laminar Flow Control theory, which proposes that creating a porous section at the front of the aeroplane wing will control the point of transition of airflow to reduce the effect of turbulence and improve fuel consumption.

ARA operates a large scale transonic wind tunnel, essentially a high speed wind tunnel, at speeds up to Mach 1.4 (1000 mph) for testing aeroplane models. Due to the turbulence that air creates at such high speeds, the point of transition for airflow changes by less than one degree centigrade, so exceptionally accurate thermal measurement was needed.

Previously, it used hot film gauges, however, these only measured the temperature drop - it was not visible and they interfered with the surface of the wing by being glued on. The Teledyne FLIR T1K camera allowed ARA to visualise what was happening with airflow without influencing the aerodynamics. It ensured greater accuracy during testing and on identifying the point of transition. 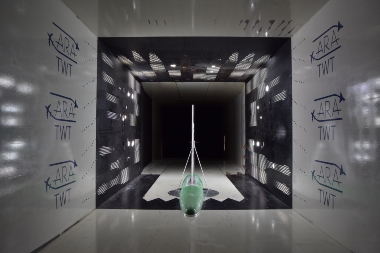 Working in partnership to achieve results

To implement the technology and set up the test, ARA needed an integration partner. It selected Thermal Vision Research, a UK-based integrator partner for Teledyne FLIR, who loaned the Teledyne FLIR T1K camera to ARA for its research.

ARA was already using two Teledyne FLIR A655C thermal imaging cameras in its wind tunnel to test temperature changes, but when an opportunity arose to develop its testing by using a more advanced camera to see how the results would differ - it seemed like the perfect fit.

Neil Stokes, Optical Measurements Systems at ARA said: “Our relationship with Matthew Clavey at Thermal Vision Research goes back a long way. We’ve been looking at thermal imaging across the site for various things. I’ve had demonstrations from a couple of companies but a lot is based on experience and trust with a particular distributor or supplier. Matthew was really helpful so he loaned the camera to us to try for a week. He always gives us the right technical answers whenever we had a question.

“If I'm honest, I think it was the service and support from Matthew that sold us down the Teledyne FLIR route. The support from a local distributor really was key - having someone at the end of the phone or willing to visit and talk us through things is really helpful.”

Before completing the test, ARA ran trials to ensure that the handheld T1K could be controlled remotely over a distance by installing it in the tunnel. The ARA team needed to control the camera from about 30 metres away so they could retrieve the images live on a computer, allowing them to see the airflow as it happened. As the tunnel is running, it can cause vibrations which could cause the cameras to go out of focus so being able to see the images live means they can correct any issues like this.

Using the Teledyne FLIR T1K camera enabled greater accuracy during the testing and improved accuracy on identifying the point of transition. The Teledyne FLIR 655 is slightly more sensitive than the T1K but it didn’t lose anything with the loss of sensitivity - it just gained improved resolution. It gave better accuracy for proving the theory correct.

The Teledyne FLIR T1K allowed ARA to prove the Hybrid Laminar Flow Control theory is true within a safe and controlled environment. It is now able to offer the T1K set up in the windtunnel as a concept to customers for improving wing design for better aerodynamic performance.