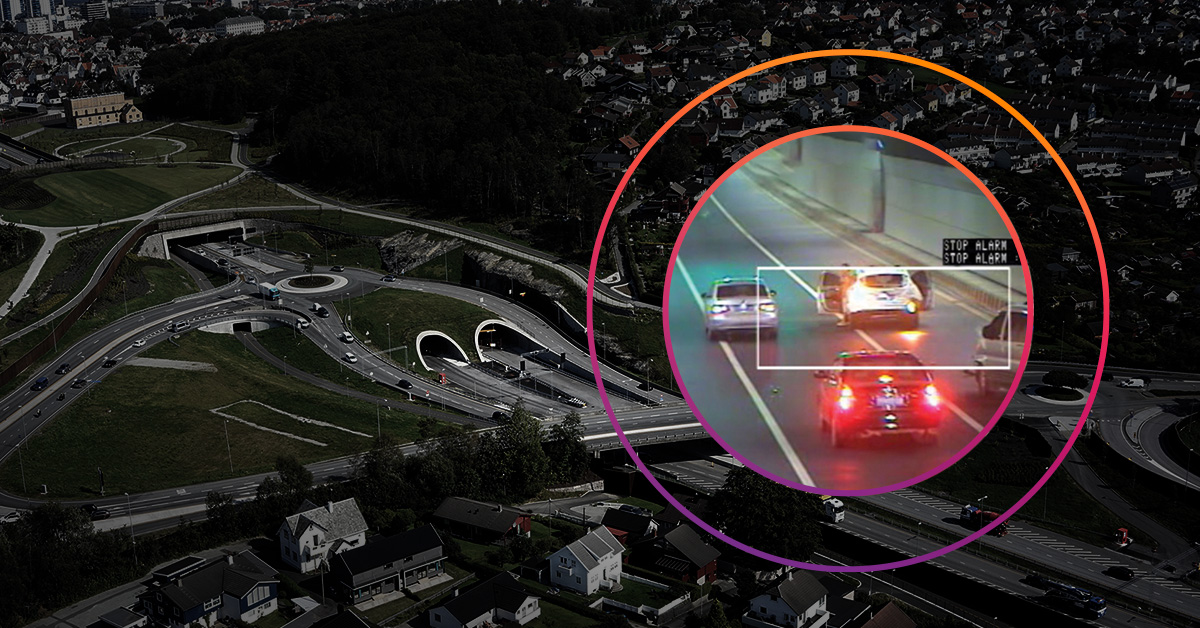 Norway has complex geography. The many fjords, glaciers, and mountains make traveling without natural obstacles a challenge, which is why the country has so many tunnels. The Ryfast project is Norway's largest road project to date and one of the country’s most recent additions in tunnel infrastructure, running from the city of Stavanger to the municipality of Strand.

The Ryfast project consists of three tunnels. The 14.4 km Ryfylke tunnel, running from the village of Tau to the isle of Hundvåg, was opened in December 2019. The 5.5 km Hundvåg tunnel, from Hundvåg to Stavanger, was opened in April 2020. The latter connects with the 3.7 km Eiganes tunnel, which runs beneath the city of Stavanger, as part of the E39 coastal highway. 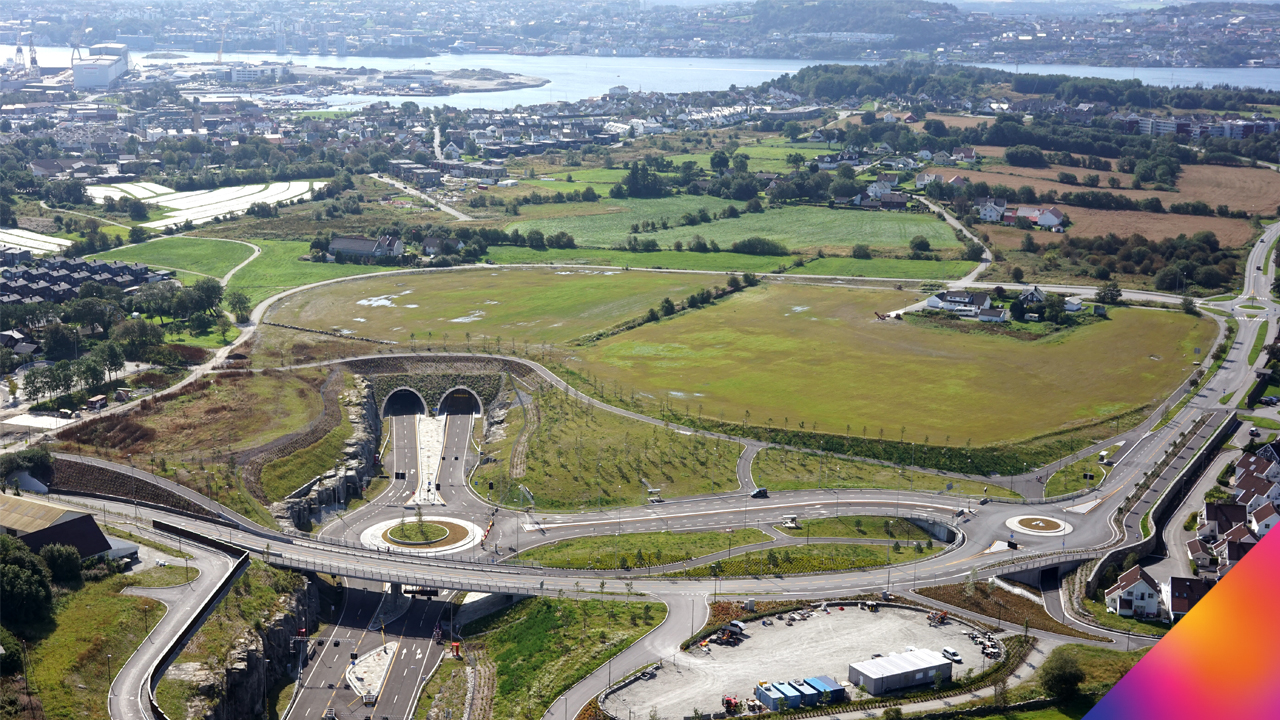 When the Norwegian Public Roads Administration (NPRA) and tunnel contractor were looking for a reliable tunnel safety system for the Hundvåg and Eiganes tunnels, they needed to uphold the same high safety standards the organization is known for. This is especially critical given the dense traffic in the twin-bore tunnels—10,000 and 35,000 daily vehicles for the Hundvåg and Eiganes tunnels respectively.

For both tunnels, Nordic system integrator Trafsys was selected to supply the traffic control & monitoring system, video surveillance (CCTV), and Automatic Incident Detection (AID), among other things. Trafsys selected FLIR Systems to deliver the AID camera technology based on both companies' many years of experience in tunnel safety projects.

“We were already convinced of the stability of FLIR’s incident detection systems because we have been using them in previous tunnel projects,” says Knut-Olav Bjelland, Department Manager at Trafsys, AS. “FLIR’s powerful detection algorithms on visual traffic cameras have proven their performance in tunnel projects worldwide. With FLIR’s dual-vision cameras, we were able to combine the company’s proven video analytics with the power of thermal imaging.”

We can clearly see incidents on the thermal image in our control room, which reduces the time to understand the situation and speeds up our decision-making process.

Visible and Thermal in One Camera

Trafsys chose FLIR ITS Series Dual AID cameras, which combine a thermal and visual camera with advanced video analytics. In total, 332 FLIR cameras have been installed in the Hundvåg and Eiganes tunnels combined.

The use of thermal imaging cameras has especially proven valuable for tunnel entrances and exits. There, shadows or direct sunlight could obstruct the view of the visible-light camera and therefore disturb traffic detection. Because they detect heat, not light, thermal cameras have no issues with these phenomena and as a result, they can detect traffic 24/7 and in all weather conditions. 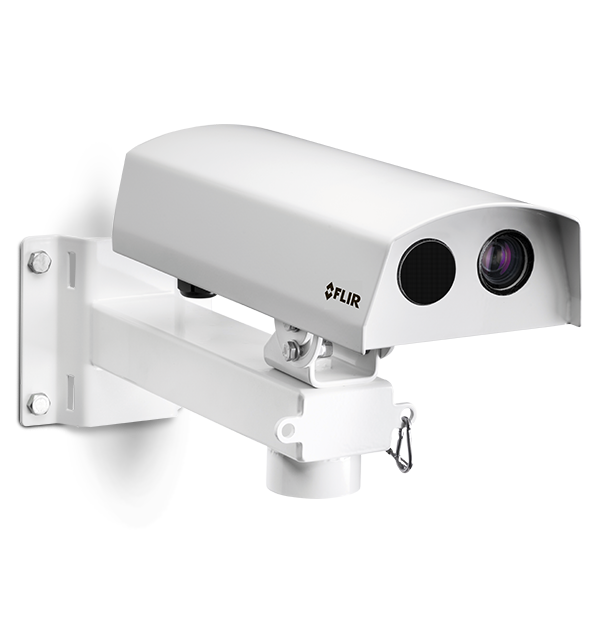 332 FLIR ITS Dual AID cameras have been installed in the Hundvåg and Eiganes tunnels.

“When you look at the complex topography of the Hundvåg and Eiganes tunnels, a camera system like the FLIR ITS Series Dual AID is the most efficient technology choice,” says Knut-Olav. “And with the many bends and turns in both tunnels, you need appropriate detection systems at many different positions.”

“The cameras’ daily performance is excellent,” says Anders Helle, Construction/Maintenance Manager at NPRA. “We can clearly see the detected incidents on the thermal image in our control room, which reduces the time to understand the situation and speeds up our decision-making process. Based on the system’s reliability, performance, and low unwanted alarm rate, we would definitely recommend the FLIR dual-vision camera for automatic incident detection.”

“We are honored to be selected for this major tunnel safety project,” says Sukhdev Bhogal, Business Development Director at FLIR Systems. “It is the first time that our ITS Dual AID cameras have been deployed in such large numbers, and we are looking forward to making more tunnels in the region a safer place to travel through.”

“Apart from the great detection performance we are used to from FLIR, having a combined visual and thermal camera from one vendor has nothing but benefits,” says Knut-Olav. “Combining both cameras into one detection unit makes it a very compact solution, and cabling is also much simpler.”

The dual cameras’ fire detection functionality has also been switched on to demonstrate the early detection capability within seconds of the appearance of visible flames. This allows traffic operators to immediately close the tunnel and take action to quickly extinguish the fire. The thermal technology from FLIR cameras also sees through smoke, helping operators detect pedestrians and vehicles in a smoke-filled tunnel.

The fire detection functionality proved its effectiveness when a car caught fire in the Hundvåg tunnel in July 2020. The FLIR ITS Dual thermal AID camera picked up the fire within 7 seconds after visible flames appeared, following its first alert for a stopped vehicle and pedestrians. 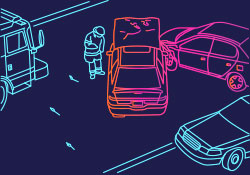