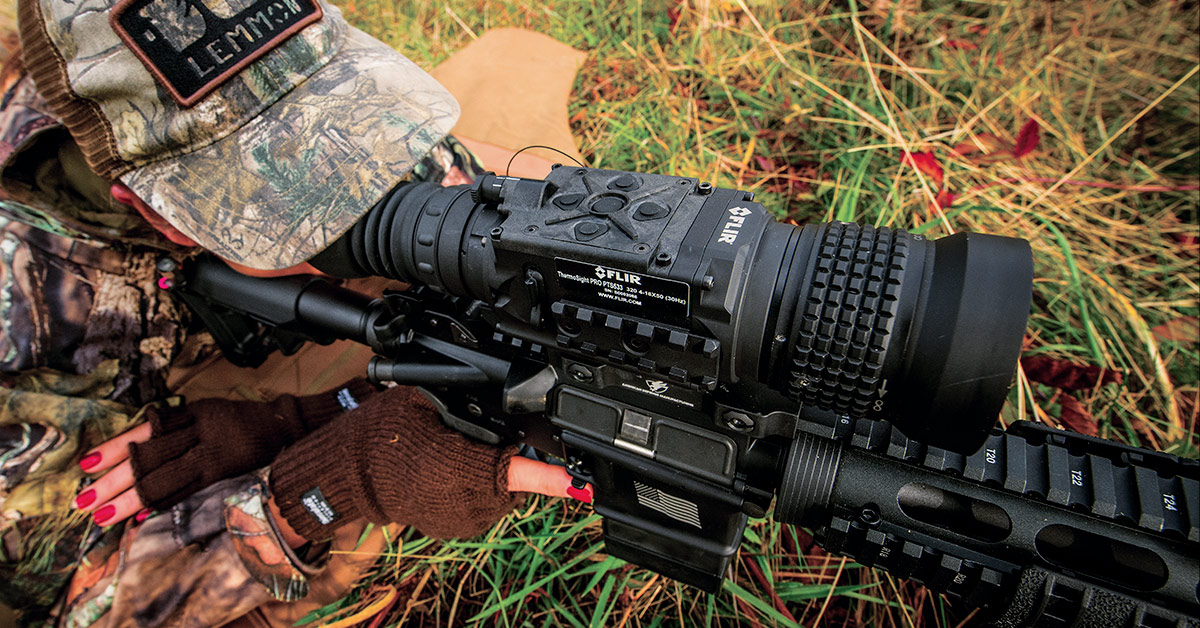 You take every step of the hunt seriously, hashing out key decisions before the truck ever leaves the driveway: wearing an appropriate pattern, mounting and sighting your favorite optics, and finding the perfect set-up spot. You chose everything up to this point based on merit for its role in getting a shot on-target. Does your reticle selection get the same consideration?

Reticle preference is too often overlooked. The attention to detail that leads up to a shot should not end with a hastily selected reticle. It is important to make an informed decision on your reticle pattern and color beyond a shoulder shrug and defaulting to the factory settings.

Reticle patterns are often designed for specific circumstances. While pattern selection largely comes down to personal preference, several variables can influence the effectiveness of one reticle over another.

Grouping: Is the target isolated or among a group? (Isolated/Group)

Movement: Is the target stationary or in motion? (Stationary/Moving)

Scene: Does the environment provide a uniform or cluttered background? (Uniform/Cluttered) 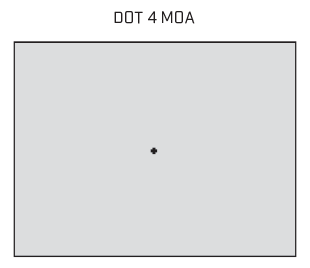 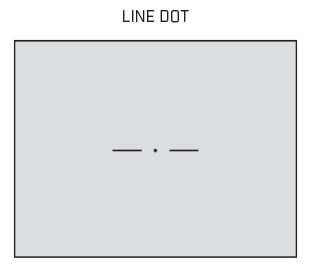 The LINE Dot pattern's horizontal guides allow level tracking of a moving target and is often used in tandem with a tripod. The Line Dot is most effective with single targets in a uniform environment.
Grouping: Isolated
Movement: Moving
Scene: Uniform
Pace: Rapid Target Acquisition 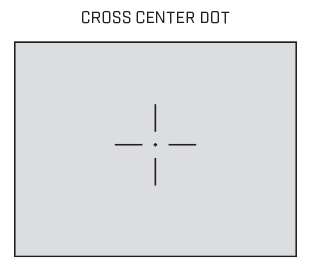 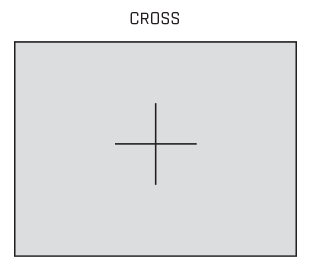 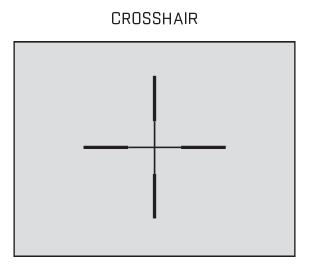 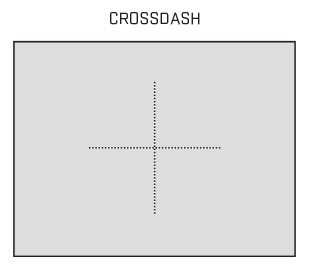 FLIR's exclusive, patent pending Crossdash reticle uses Highly Visible Technology (HVT) to clearly display a cross pattern on any scene – regardless of palette. While other reticles depend on large pattern sizes and contrasting color to remain visible, HVT's alternating black and white line dashes take advantage of how the human eye detects edges. The Crossdash's unique ability to remain visible in any scene – despite having a small footprint — makes it ideal for rapid acquisition of multiple targets in any background.
Grouping: Group
Scene: Cluttered
Movement: Moving
Pace: Rapid Target Acquisition

In general, the complexity of a reticle pattern should match that of its scene (Figure 1). Simple options – such as the DOT 4 MOA – pair well with single targets on a uniform scene, while more complex patterns – such as the Crossdash – will hold up against the challenge of grouped targets within a cluttered scene.

Aside from choosing a standout pattern, adjusting reticle color is a crucial part of maintaining contrast. FLIR units offer four distinct color options that can be applied to each reticle pattern: black, white, red, and cyan. Leveraging these options with appropriate palette combinations can significantly improve a reticle’s visibility. Users should make color decisions based on two major factors:

Achieving both on-target and scene contrast means that a user will be able to see the entire reticle while moving across any object or background. 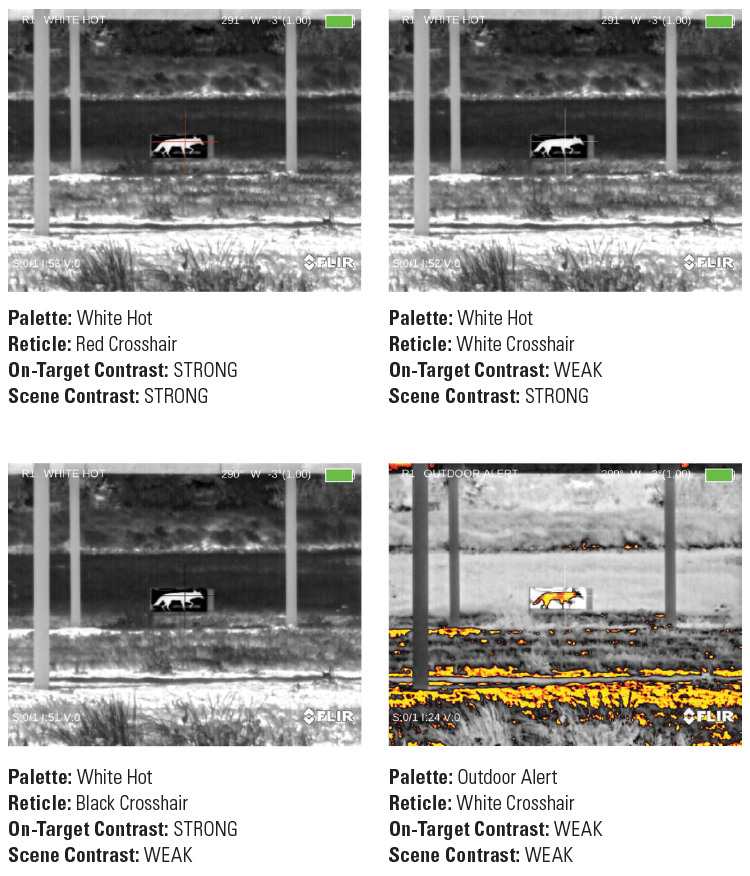 The best way to ensure proper on-target and scene contrast is to select a reticle color/palette combination that maintains visibility across the entire color gradient. Figures 2 and 3 illustrate how reticle colors interact with each available FLIR palette. Strong pairings can span the entire palette without losing contrast, while poor pairings can result in the reticle getting lost on-target or in the background. 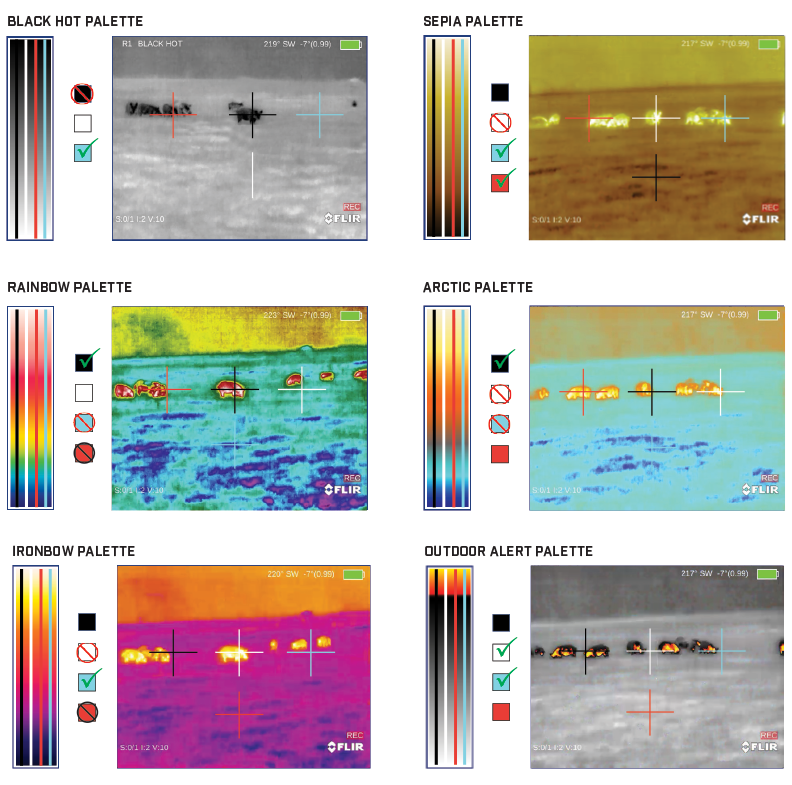 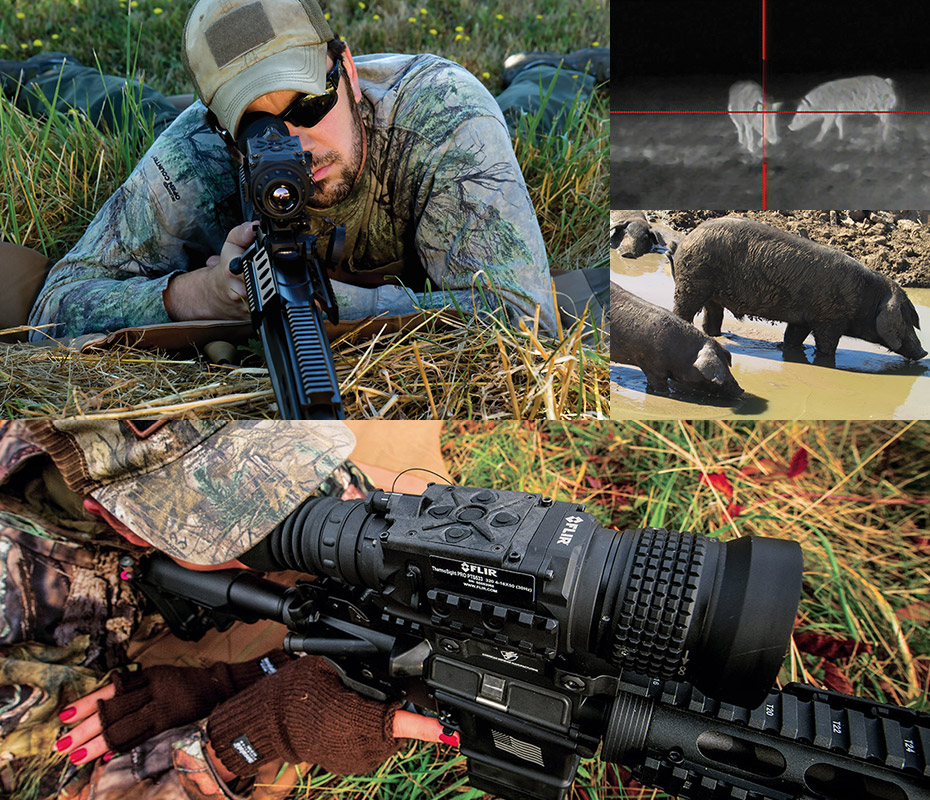 Selecting an appropriate reticle pattern and color will ultimately lead to users who are confident in their ability to place a shot on-target. What may have initially been an afterthought could be the difference-maker for a clean shot. Understanding how to establish strong contrast between your preferred reticle, a target, and the background will be key in getting the most out of your thermal weapon sight. 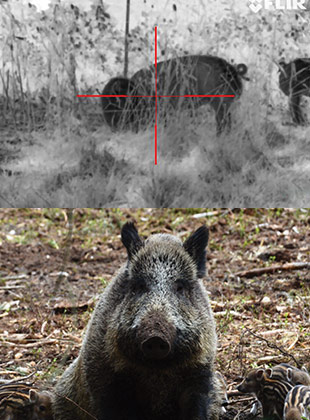