In December 2020, a failure in an underground electrical cable on the University of Kentucky campus caused an explosion, filling the manhole with smoke and fumes. Luckily, no one was in the vault at the time, but the team of campus electricians decided they’d rather not rely on luck in the future. They looked into possible solutions to help detect failures before they became critical, and discovered the FLIR VS290-32 thermal and visual videoscope.

The FLIR VS290-32 is an industrial videoscope with a 2-meter camera probe to help professionals inspect hard to reach areas—like underground electrical distribution vaults—without needing to go inside. “The thing that we really liked about it was the length of the probe,” explains Steven Hughes, acting High Voltage Manager at the University of Kentucky. “You can stick it down a manhole neck without having to go into the manhole.”

Hughes and his team oversee underground medium voltage distribution for the entire UK campus in Lexington, Kentucky. This includes academic, research, and athletic buildings, as well as the hospital healthcare system, with more than 200 underground electrical distribution vaults and close to 120 circuit miles of 12 kV electrical wire that needs to be maintained. The recent failure occurred when an elbow that terminated on a visible brake junction—a common set up in the underground system—became heated. “We don't know if it was gradual or if it was very quick, but it essentially exploded in the manhole and filled the manhole with smoke and fumes,” says Hughes.

If they’d had thermal imaging at the time, the team could have detected the hot spot and had advanced warning of the failure. “What we wanted was something that would be able to show us if there's any early indication of a failure in those elbows,” says Hughes. Though the termination was only about 25 years old and should last for up to 50 years, because these parts are built by hand their longevity can vary greatly compared to factory-built parts like the electrical cable. “You could have little gaps in the insulation or the shielding,” he explains, “or maybe it wasn't hooked up to the ground wire correctly.” 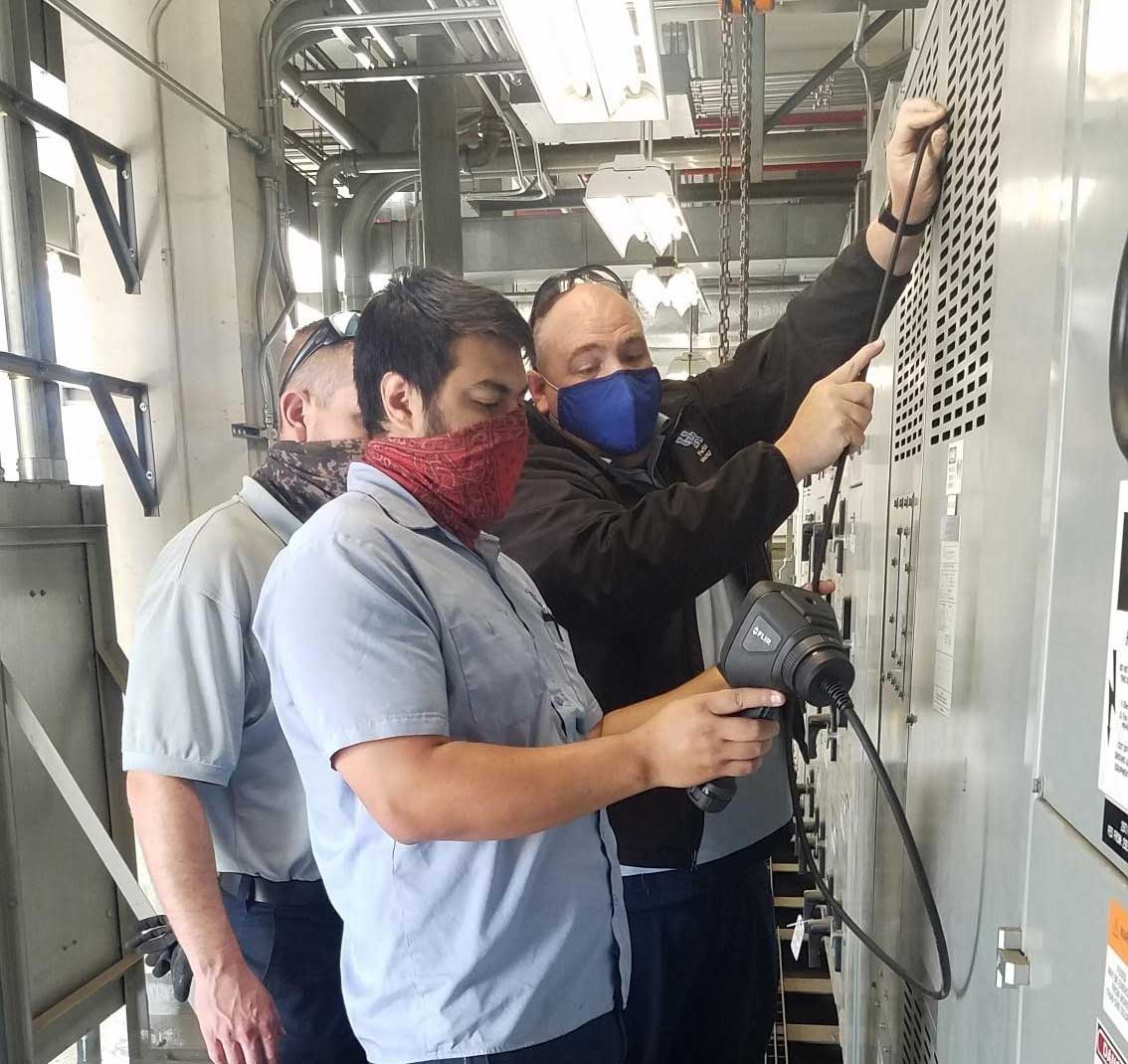 Looking behind a transformer cabinet at the Medical Science building with the VS290-32.

Whatever the cause, a failure in the underground vaults poses a risk to anyone working in the area. “We have a staff of 10 electricians and technicians, and they could be out working in any of these manholes. If that were to happen when we had somebody in the manhole, obviously that would be a big hazard,” says Hughes. “We had that failure and we thought, hey, let's do our due diligence and try to figure out if we can predict these things and prevent them before they happen.”

There are very few ways to detect if something is wrong with the termination. “It's kind of one of those things you set up right, and you then the less you touch it the better,” says Hughes. “You can test the cables electrically, but there's nothing you can do to really physically test the termination itself.” Because it’s sealed in waterproof insulation, thermal imaging is one of the only ways they have been able to test how the termination is performing.

Luckily, the team has found using the VS290 to be pretty simple. When looking for problems, the team just needs to keep an eye out for hot spots. “The number one enemy of electricity is heat,” explains Hughes. “The electric code is actually part of the fire code because that's what happens when you have issues that cause fires and explosions. So, we look for hot spots.”

One challenge when looking for hot spots is the ambient temperatures in underground vaults can vary widely depending on whether they contain steam pipes, chilled water pipes, or both. This makes the relative temperature setting on the VS290 particularly useful for helping to differentiate even slight temperature rises on an insulated cable in both hot and cold environments. “They're 12 kV submersible,” says Hughes, “so they're not going to show a whole lot of temperature rise on the surface of the cable, but if it carries quite a bit of current it will show some, especially if there's a failure.”

The VS290-32 has received positive feedback from the team. “They said it was useful right out of the gate,” says Hughes about his team’s reception of the videoscope. “They were impressed with the case that came in, I'll say that—they thought it was going to be some kind of big rifle case,” he says. “I also think the battery system makes sense, it's very easy, it's just like a lot of other tools we have.”

“They've been using as much as they can,” Hughes continues. Especially when technicians know they’re going into a vault with a lot of cables, looking with the VS290 first has become an important safety step. “If we're going into a busier space then they'll think, hey let's go scan this first,” explains Hughes. “Let's try this out and not mess around when it comes to safety measures.” 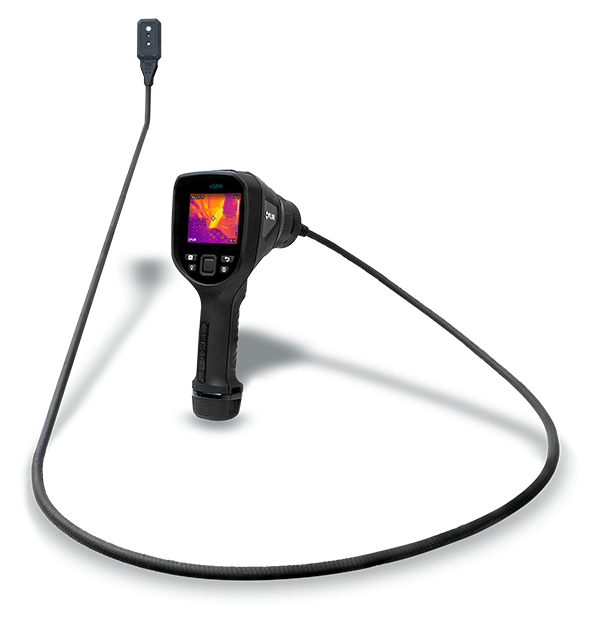