An ongoing problem for the hazardous waste disposal industry is the potential for fires to break out in stored or processed materials due to factors such as self-combustion, the presence of rags coming into contact with solvents and lithium batteries thrown in the waste.

Ecologica Tredi, based in Legnago near Verona, was founded in 1998 to set up a plant to recover oil filters coming from vehicle maintenance. Today, with 27 employees and a more than 11,000 square meter facility — half of which is covered — Ecologica Tredi plays a leading role in the recovery and treatment of special, hazardous, and non-hazardous waste. 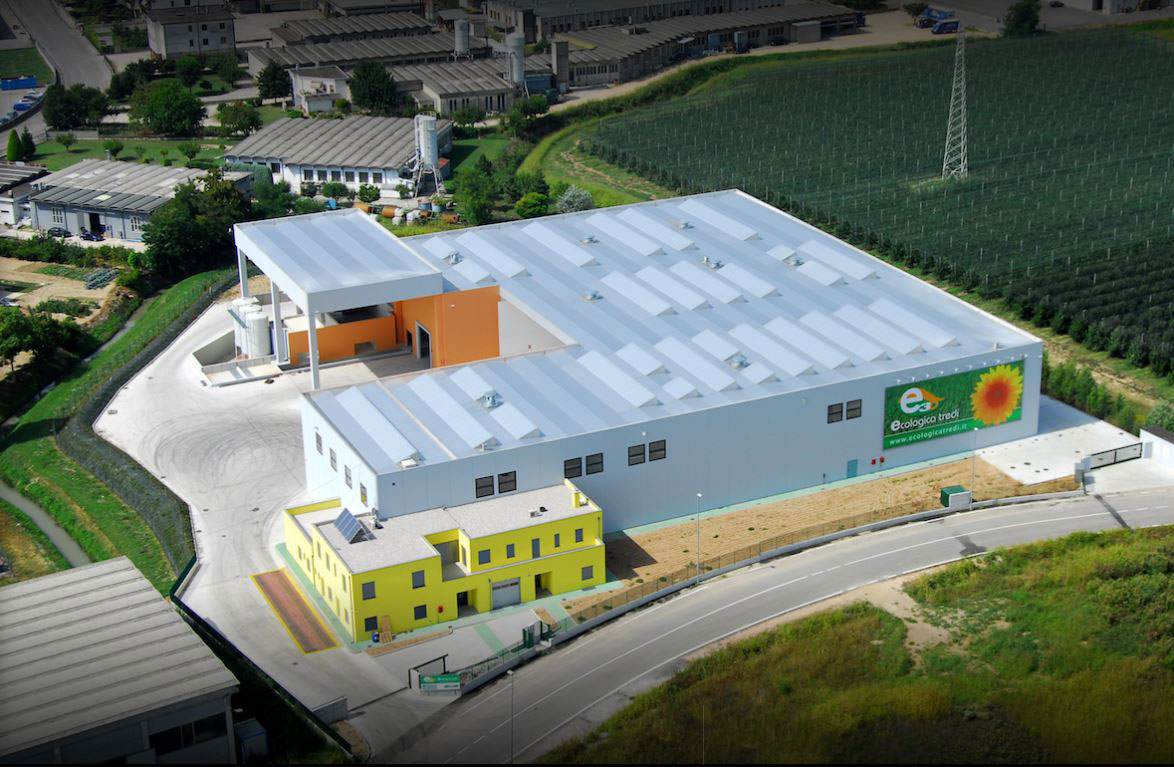 As Luca Checchinato, the company’s chief administrative officer, explains, “In our industry, fires are a particularly serious risk, first of all from an environmental point of view – hazardous waste releases pollutants – but also because restarting a disrupted plant can take a long time, involve high management costs, and cause a major inconvenience for our customers.”

Recently, Ecologica Tredi decided to improve facility safety by installing an effective fire control system based on radiometric thermal cameras. This was part of the company’s ongoing efforts to develop a sustainable organization, management, and control model for its business, as well as to maintain compliance with the UNI EN ISO 14001:2015 certification that’s meant to safeguard the company’s employees, customers, and surrounding environment. The cameras Ecologica Tredi installed complement the existing fire extinguishing system at the facility, which includes perimeter sprinklers, water, and foam cannons.

The company worked with Thermostick Elettrotecnica, a specialist in unconventional fire detection systems, to design a complete monitoring, control and alarm system based on FLIR A35 and A65 thermal imaging cameras. The system enables the early detection of fire sources, thus avoiding costly downtime and protecting the environment.

Thermostick Elettrotecnica chose to install models from the FLIR A35/A65 family because they are radiometric (calibrated to measure temperature) and can be connected to a common system by dedicated software.

The thermal imaging cameras were installed at the highest points of the facility to have a better view of the area to protect and were housed in IP67 rated outdoor enclosures. IP POE technology made it possible to connect the cameras with a single Cat.6 network cable that also provides power. 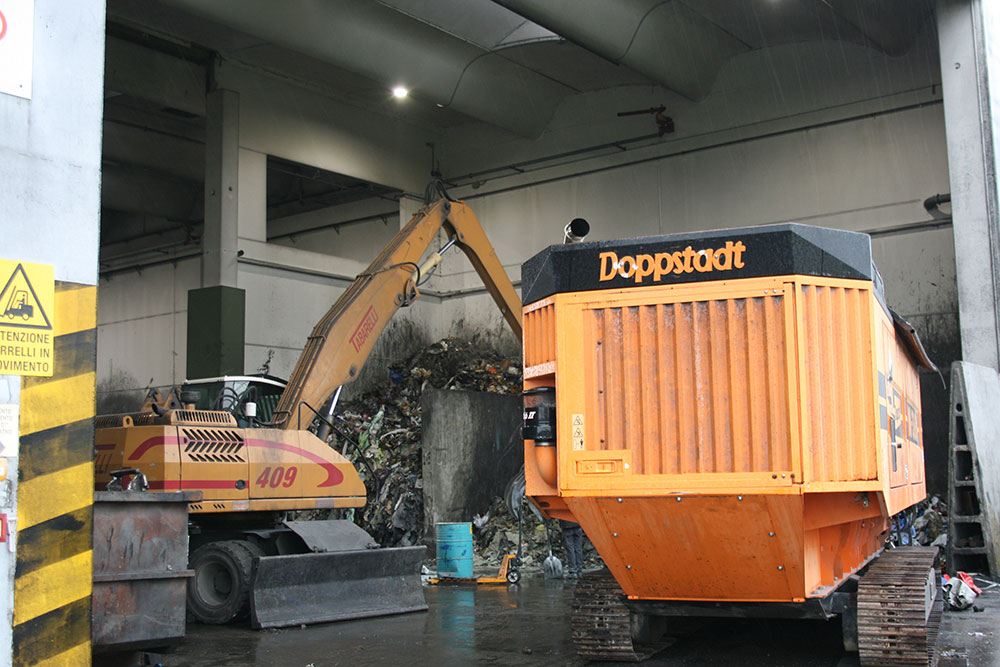 The system continually monitors the relevant areas at a frequency of five times per second and sends the data in real-time to the management and processing software which, if the set parameters are exceeded, generates a series of triggers through on/off contacts that can be used to interact with other devices.

“Since we work eight hours a day with machines that produce heat and moving vehicles within the controlled area, we had to set two different operating modes: one running with the systems in operation and with higher alarm thresholds, and one for the night with lower thresholds for greater system responsiveness,” explains Luca Checchinato. “We also had to differentiate the thresholds according to the storage area since different materials require different sensitivities.”

Thermostick Elettrotecnia had to tailor the camera control system’s software to Ecologica Tredi’s needs in order to meet the site’s operational requirements and provide specific protection for each individual area of the plant.

“In the storage areas, we set up the system so that in automatic operation the first alarm — caused by abnormal temperatures the thermal imaging cameras detected — then triggers the sprinklers located along the plant’s outer walls,” continues Checcinato. “A second alarm signal triggers the cannons automatically after 60 seconds if there is no human response. The software that governs the entire system enables us to set an automatic, mixed or manual operation depending on the plant’s various areas and requirements.” 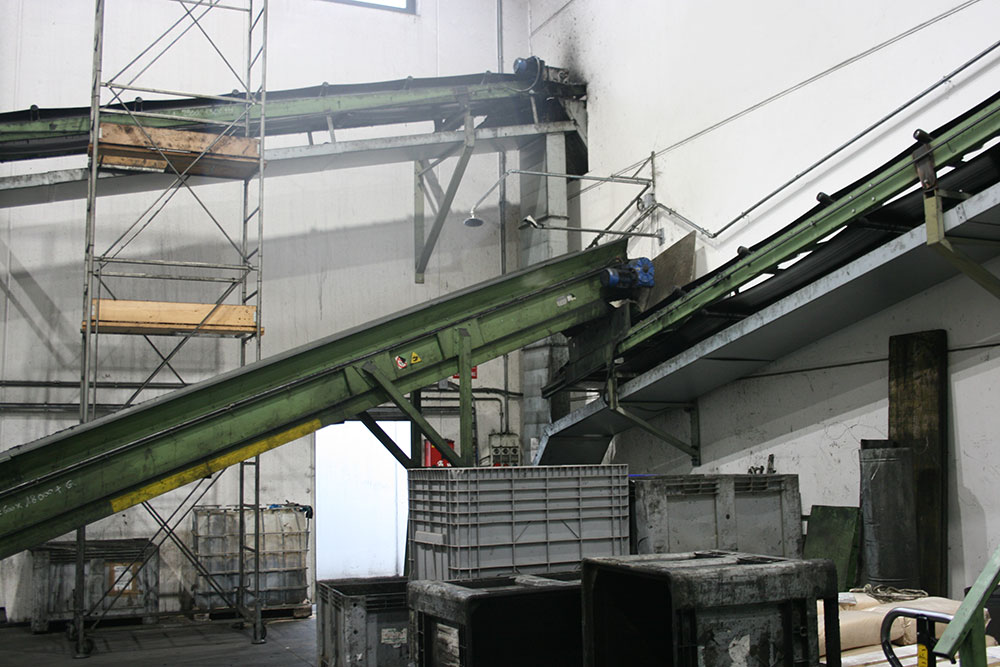 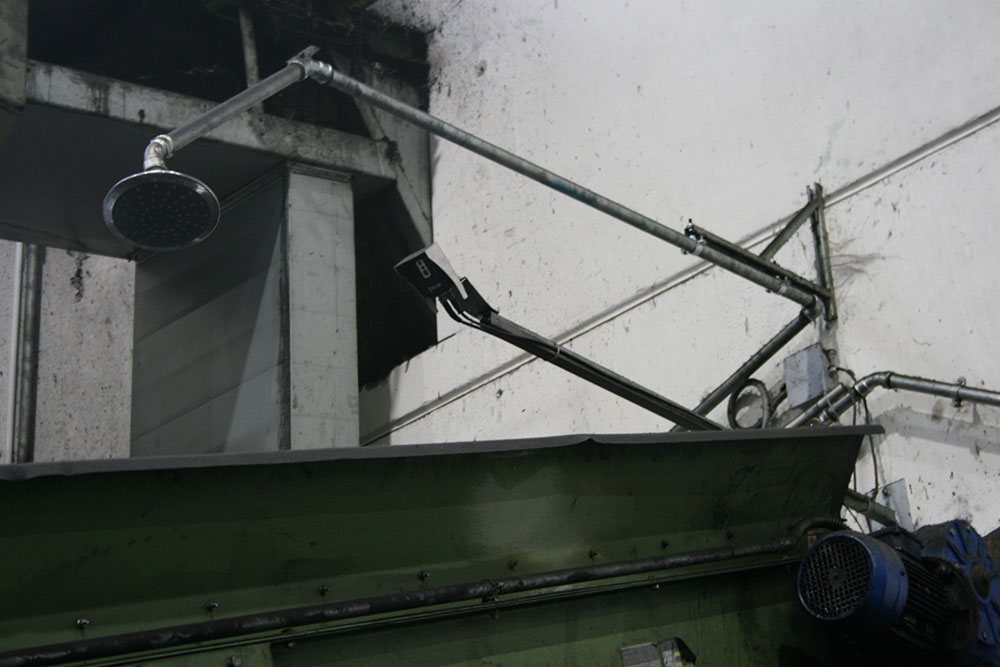 Ax8 installed on a conveyor belt

The solution designed by Thermostick Elettrotecnica based on FLIR technology interacts with Ecologica Tredi’s operations center, which also receives signals. The data is sent via email and SMS to the managers (in the future pictures will also be included), as well as to the owner’s home and night watchman’s office. The watchman also performs scheduled night patrols with a portable thermal imaging camera.

In February 2019, a task force of the Ministry of the Interior, with the Regional Environmental Protection Agency and the Fire Brigade, carried out an audit at Ecologica Tredi’s headquarters, reporting it as one of the best equipped in the Veneto region in terms of fire prevention.

From 2016 to date, the system has triggered alarms a few times, both in pre-alarm and alarm mode, helping staff to prevent many potentially dangerous fires.

“The new monitoring and alarm system has enabled us to prevent these real disasters,” Checchinato says. “The intangible but invaluable benefit, finally, is the knowledge that we can sleep soundly even while managing a high risk business, having done everything possible to protect the company, our employees, and the health of the people living nearby."

For more information about thermal imaging cameras or about this application please visit: www.FLIR.com/automation